"Upon returning to Los Angeles, after organizing in The Bronx, attending Black Lives Matter protests, and engaging in civil disobedience, I felt the need to write. But whenever I sat on the computer, I could not find the appropriate words to express the frustration and betrayal I felt from a country that had already robbed me of so much joy."

I performed spoken word for the first time in April 2017 at the Nuyorican Poet’s Cafe in New York City. Hands sweaty and voice trembling, I gathered enough courage to step on that stage and share my immigration status, my relationship with my mother, and my tears of relief and pain under an administration that spent every day finding malicious ways of targeting immigrants. When I finished my passionate and emotional performance, the room stood to woohoo and clap. Although I had spent years organizing and sharing my undocumented story at local rallies and protests, spoken word offered me the opportunity to actually feel heard.

Poetry became the medium in which I found comfort through depression, anxiety, and through the turmoil of a life that this country has forced immigrants into. 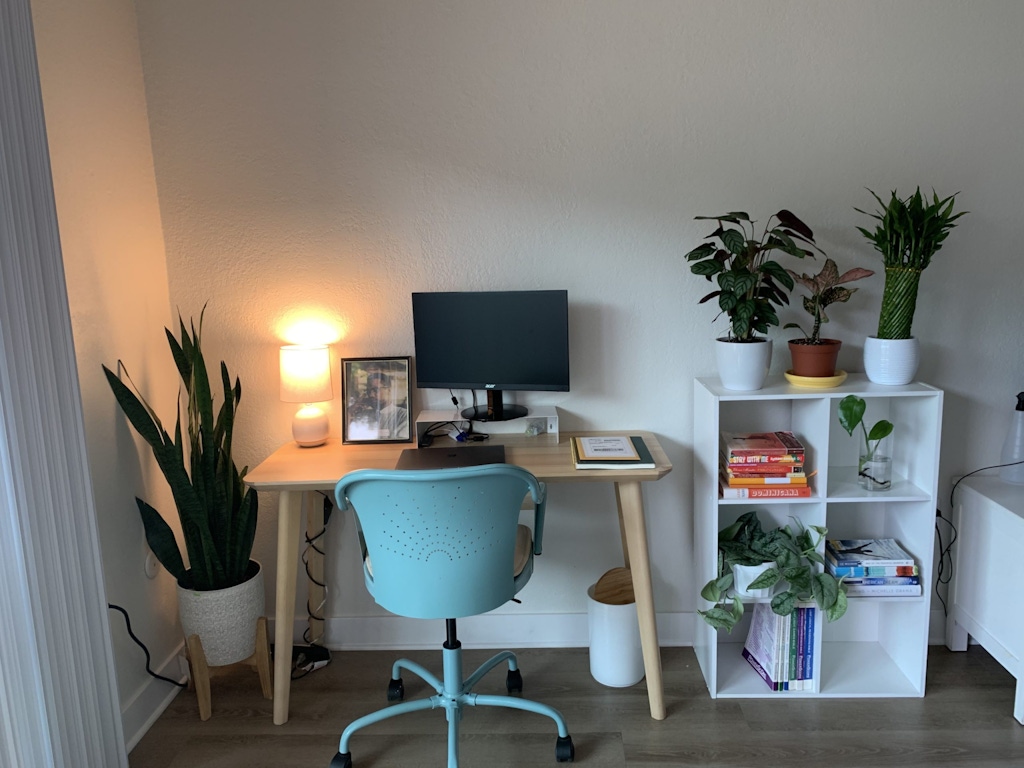 In the past three years, I have planted my dreams for justice and love in my work, and consequently experienced more success and created more community than I ever expected. So many doors opened on my behalf and I found companionship with artists I had spent years admiring from the sidelines. A year ago, I co-founded loose accents, a podcast that created a virtual space for East and West Coast immigrant stories and self-published my first collection of poetry, Periódicos De Ayer. 2020 was supposed to be the most fruitful year of my artistic career yet, as I was finally witnessing the harvest of years of hard work. In January I booked my first spoken word tour and quit my 9-5 where I worked as an intake paralegal for underserved communities residing in Los Angeles.

The following months were a rude awakening.

All those plans quickly crumbled, as the United States abruptly came to a stop. When beauty salons were forced to close, my mother lost her source of income. My stepfather, a construction worker, was suddenly out of work, and I was quarantined in The Bronx, New York, where COVID-19 was disproportionately ravaging impoverished communities of color. And as if that were not enough, the police murdered George Floyd and The Bronx went up in flames as protests erupted and police presence increased.

As an artist, there is a self-imposed responsibility to document the emotions and circumstances of one’s community. However, instead of experiencing a sudden need to write, to create, to voice the grief that Black immigrant communities were feeling, my creativity became stagnant. My emotions often overwhelmed me, and it was impossible to attempt to process the pain through art. What was once my source of comfort became the source of pain, and I could no longer recognize myself. Without writing, I felt lost beyond redemption.

Upon returning to Los Angeles, after organizing in The Bronx, attending Black Lives Matter protests, and engaging in civil disobedience, I felt the need to write. But whenever I sat on the computer, I could not find the appropriate words to express the frustration and betrayal I felt from a country that had already robbed me of so much joy. It was not until two weeks ago when I finally made peace with my writing and the arts reassured me that we are meant to be. Last week, I wrote a poem called So Many Stories, where I encouraged U.S citizens to vote because immigrants are unable to even though representatives increasingly pass policies and laws that directly impact them. However, more than a call to action to others, the poem served as a call to action for myself as I was reminded that there are so many stories I have not written about where I come from, how we migrate, and the beauty and joy central to the healing of Black immigrants.

I have learned to approach the arts without expectations, without demanding a masterpiece, and gifting myself kindness through the process. MP Frias, a Dominican writer, once shared on her social media that the most difficult part of writing is the sitting down to write. And for a long time, I feared, postponed, and avoided the sit-down. Now, I am aware that writing is patient and full of grace. When I must first feel and heal, writing is always at the sidelines, cheering me on and waiting for my return.

Read the other 2020 artist fellows’ reflections.