The More Immigrants Live In a Community The Safer It Is

The More Immigrants Live In a Community The Safer It Is

Last night President Trump used the threat of MS-13 to call for severely curtailing legal immigration and increase funding for deportations and detentions of immigrants. There is just one problem: most MS-13 members currently being arrested by ICE are not immigrants, they are American citizens.

WOLA – Advocacy For Human Rights In America recently put out an illuminating report on MS-13 in the United States, below please find some facts pulled from their report 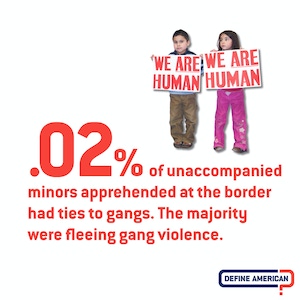