On Pi Day, the Art of American Pie - Define American

On Pi Day, the Art of American Pie

For Pi Day 2020, or 3/14, Define American Field Organizer Adrian Escarate reached out to artist and self-taught baker Lauren Ko, whose efforts to remix and complicate apple pie as a symbol of the “nuanced narratives about the American experience” caught our eye. Ko’s Loko Kitchen and her popular Instagram account, @lokokitchen, showcase a colorful array of pies, blending art and baking. On July 4th, 2019, she incorporated American stories in her pie designs and #MyAmericanPie was born. Ko is based in Seattle, Wash., and her creations have been featured across the globe.

Read on to learn about how Lauren got into the pie game, and happy Pi Day 2020! 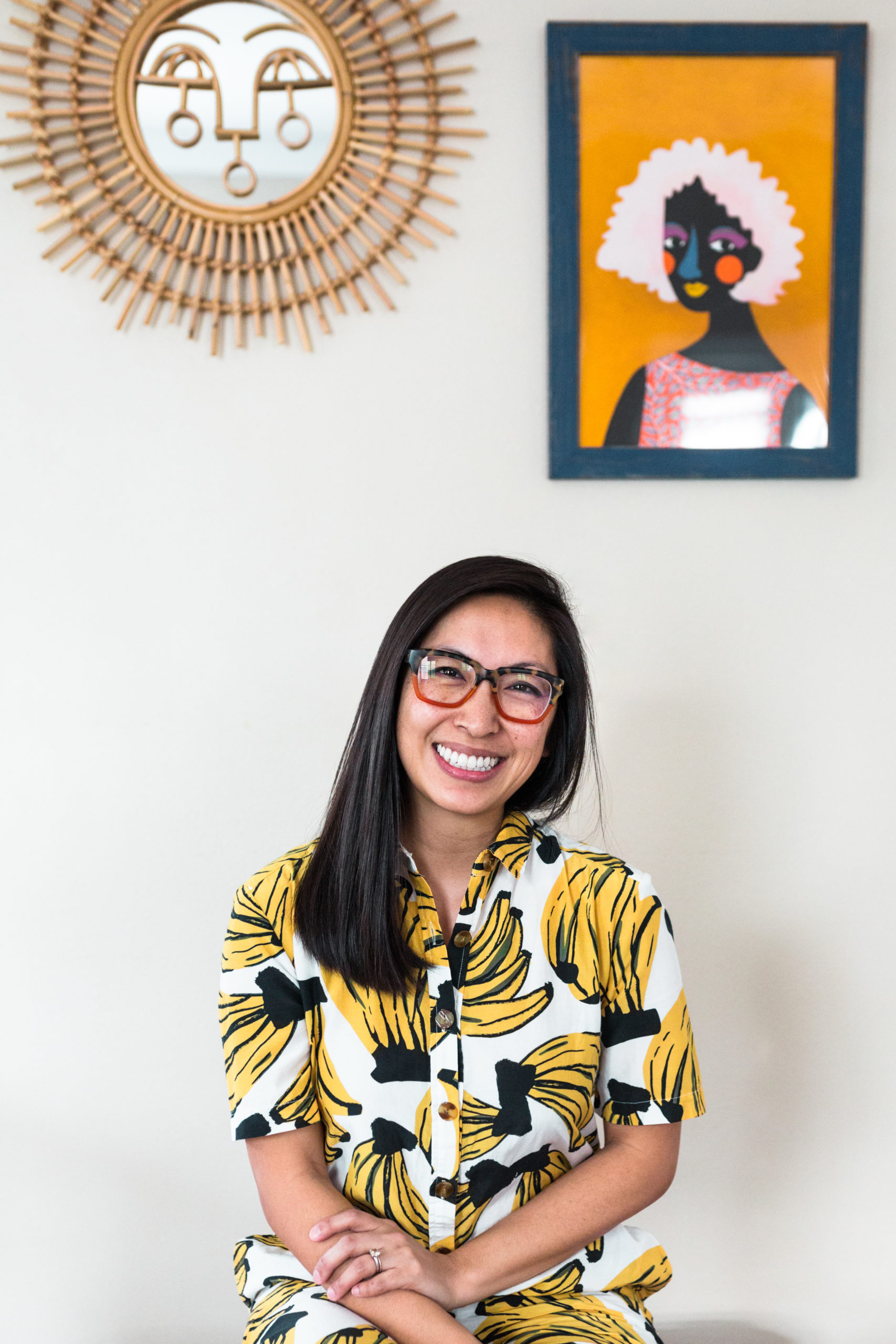 Adrian: How did the #MyAmericanPie idea start and come to fruition? What was the spark that lit the flame to tie your amazingly artistic pie creations to the nuanced immigrant stories that shape American identity?

Lauren: BBDO, an advertising agency headquartered in New York City, runs The Residency NYC, a collaboration lab that pairs artists doing innovative, original work with agency creatives. Their staff reached out to me about a potential collaboration and, after several brainstorming sessions, #MyAmericanPie was developed. This series utilizes my art medium of pies, my platform, their resources and connections, and collective storytelling to bring a selection of nuanced narratives about the American experience to light. Primarily inspired by my own heritage, as well as the prescient discourse about immigration happening in our country, our hope was that this would showcase the diversity of American stories through a reimagination of the traditional apple pie.

What is the creative process you use to come up with these intricately made, unique pies that are based on the cultural history of the person you’re highlighting? How do you decide on the design of each pie? 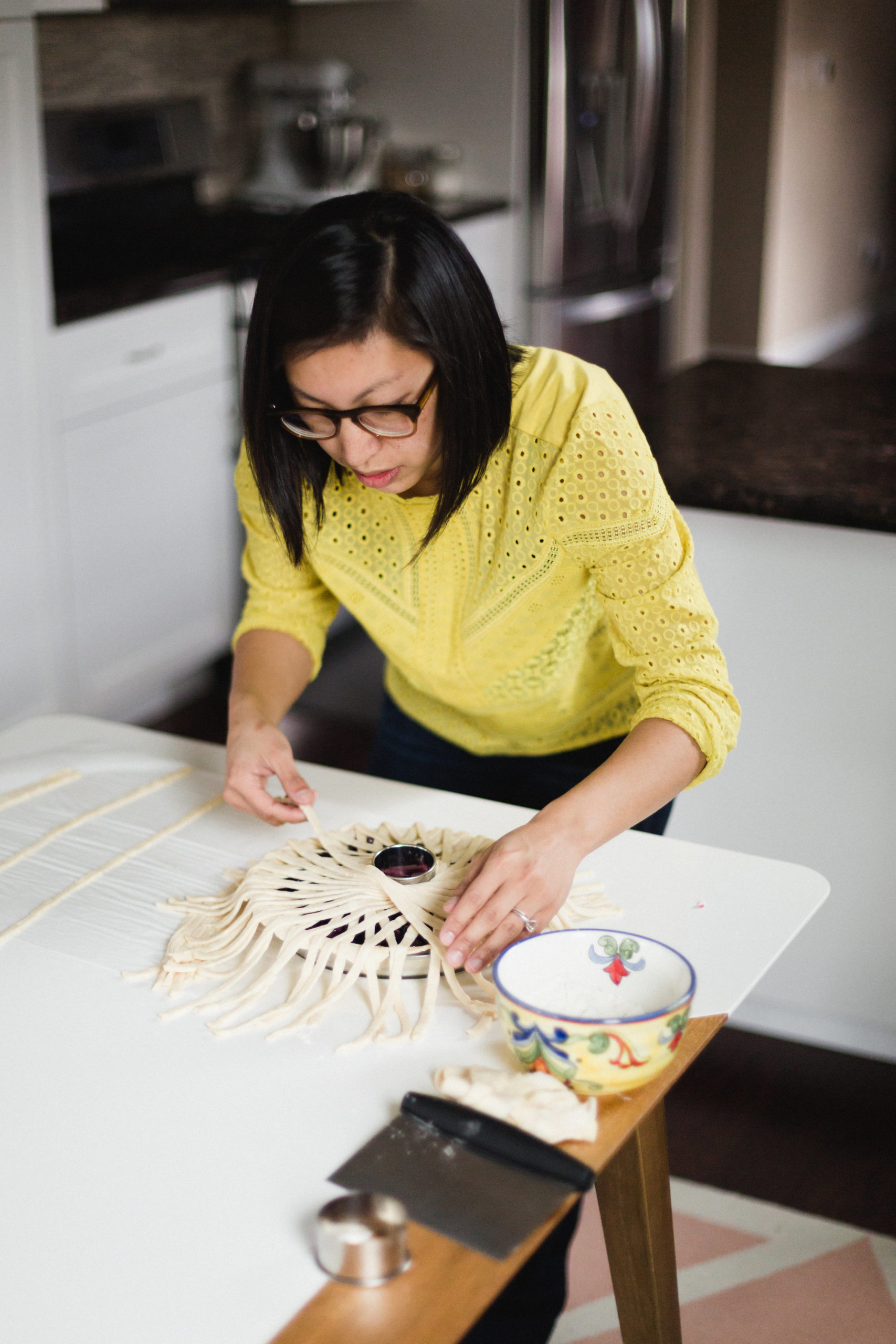 Everything — the interview responses and photos — was then sent to me, which I used to conduct research on cultural elements, flavors, colors, patterns, textiles…anything that could be representative of a person’s story and could be expressed through pie. Many of the individuals identify with a number of cultures, so I worked to incorporate as many parts of their story as I could, choosing not only visual elements in the external design, but also flavor components in the pie fillings.

Is there a pie/immigrant story that impacted you more deeply than others? Do you have an example of a pie/story that was difficult to create, knowing that many times immigrant stories can take an emotional toll on the storyteller or the person listening to the story?

Each story featured in the series is powerful in its own way, but I loved that there were elements in each one that I could identify with, even if the meld of cultures was completely different from my own. Memories of cooking with grandma, affinity for strong community, notions of assimilation. Hearing the ways these stories impacted other readers was also really powerful. Sometimes these stories can be taxing for everyone, but it’s still so important to tell them. I’m grateful we had people who were willing to share and an avenue to amplify them to a broad audience.

Why do you think it is important to uplift these immigrant narratives and tie them to your pie-making art? What is the most satisfying part of your #MyAmericanPie work?

I’m always looking for ways to do things that matter with this immense platform, and I love that we’ve created an opportunity for people to tell their own stories in their own words. The stories that have been shared have all been evocative in their own ways, and it’s been incredibly moving to hear responses from people saying they identified with a particular story and felt less alone knowing they weren’t the only ones. Or from people whose own stories are completely different and were grateful for a glimpse of other backgrounds.

What was the role of pie in your childhood and in your family?

I come from a family of phenomenal eaters and home cooks, but there wasn’t a lot of pie happening in my Chinese-Honduran family. I’m a first-generation American, so my memories of cooking with my grandmother or baking with my mom certainly don’t include traditional apple pie. We made a wealth of other foods and baked goods, and I would often request a fresh strawberry pie from Marie Callender’s for my birthday in lieu of cake, but otherwise, pie didn’t figure prominently.

Why do you think telling the stories of immigrants through a food lens has resonated so much with your audience?

I’m lucky to have built a wonderful community on Instagram. They appreciate the visual aspect of what I do and have also embraced the light-hearted humorous captions I write with equal measure. Inspiring people to view pie differently is a huge part of why I think my work has appealed to so many. Modern geometric pies hadn’t really been done, and reimagining a traditionally rustic dessert in such sharp, colorful, and whimsical ways was new.

This #MyAmericanPie series is yet another twist on pie. To see it as a medium for a whole new slate of non-traditional designs and flavors was revelatory, and to see it used as a storytelling tool was also powerful. The tenor of the discourse in this country surrounding topics like immigration and “Americanness” can be pretty hostile, so I think the fact that we found a way to make it a little more accessible and positive for everyone was appealing. Gathering around a table to share stories over a meal is a wonderful way to foster meaningful conversation and community, and this series felt like the digital version of that.