Party of Five premieres on Freeform this week! - Define American

Party of Five premieres on Freeform this week!

Define American consulted with the writers of Freeform’s Party of Five.

Define American’s Entertainment Media team worked with the writers’ room on Freeform’s reboot of the popular ‘90s series Party of Five. While the original series followed five siblings navigating daily life and running their family’s restaurant after both parents were killed in a car crash, the rebooted series has an immigration twist. This time around, the five Acosta children are thrown together when their parents are suddenly deported back to Mexico. 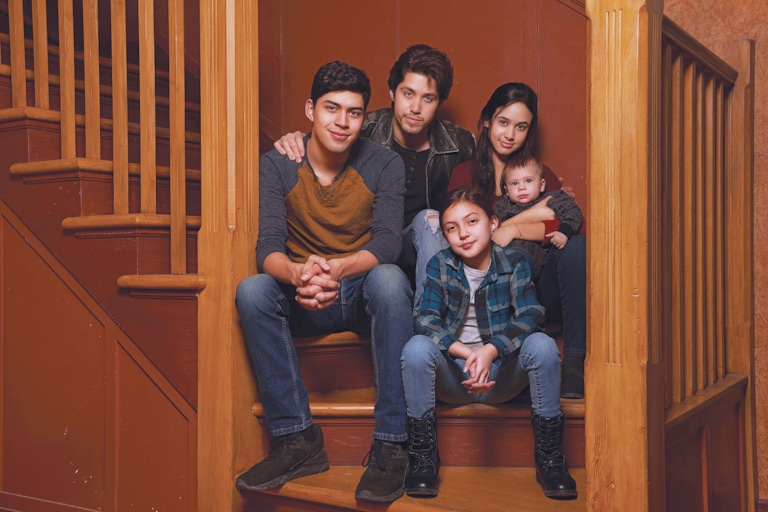 With strong episodic themes of family separation and bondedness, this project is very much in line with work we prioritize and it was exciting to connect with the team behind this series. Noelle Lindsay Stewart, Define American’s entertainment media manager, brought together a group of creatives with lived experiences and personal narratives involving family separation to meet with showrunner Amy Lippman and her team of writers so they could hear first-hand about the devastating impact of family separation on American families.

After our initial consultation, Define American helped the show navigate storytelling around U.S. immigration law, cultural appropriation and the experiences and community activism of undocumented people living in Los Angeles. Party of Five is a story of a family torn apart —  and their refusal to be divided — by family separation and living in limbo. Representation of these types of stories on television is important and timely, reflects the lived reality of millions of immigrant families, and helps change the cultural perception of viewers who only encounter immigration stories through the media they consume.

Party of Five premieres on Freeform tonight. The first episode is currently available on Hulu, Disney+ and on Freeform.com.

I hope you enjoy following the journey of the Acosta family on Party of Five!