What language did your ancestors speak at home? If you’re a fourth generation resident of Kansas, there’s a pretty good chance that they spoke German. If you’re a fairly recent resident, maybe they speak Spanish? The following maps were uploaded to /r/MapPorn, reddit’s map enthusiast community. They bring …

What language did your ancestors speak at home? If you’re a fourth generation resident of Kansas, there’s a pretty good chance that they spoke German. If you’re a fairly recent resident, maybe they speak Spanish? The following maps were uploaded to /r/MapPorn, reddit’s map enthusiast community. They bring to life the complexities of America’s immigration history by listing the second, third, and forth most common languages spoken at home for each state of the Union (And Puerto Rico). The data and maps were compiled from U.S. Census Records by reddit user /u/galileo23. 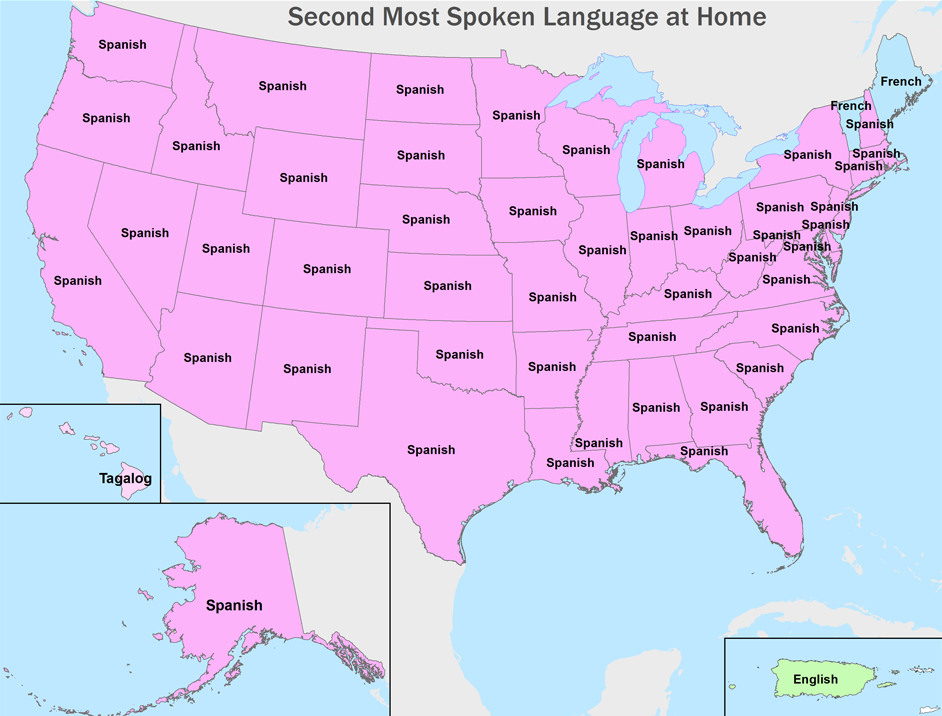 The first map, showing the second most commonly spoken language at home, should be of no surprise. Much of the country’s land was at one point owned by Spain, and later Mexico, and natural migration patterns have resulted in continued ethnic and linguistic mixing. A notable exception to this is the French speakers in Vermont and Maine, which both border the French-speaking Quebec, Canada. 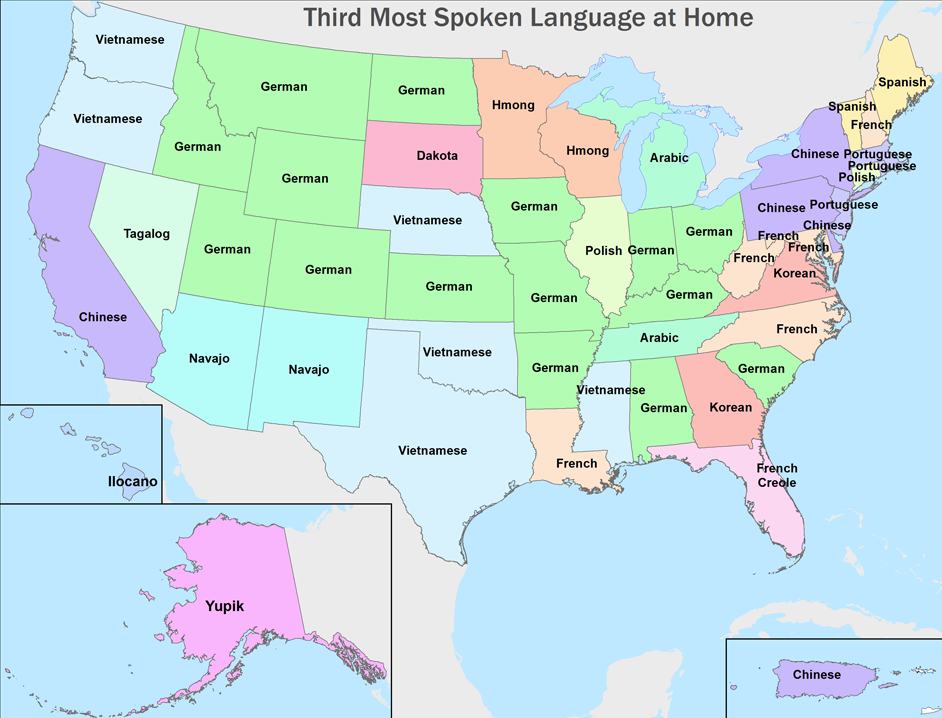 Through the second map, we can really see the leftover historical impact of immigration from Germany, as many homes of the heartland, in Missouri, Kansas, Iowa, still keep their linguistic traditions alive. Immigration from Germany peaked from  1881–1890, when  1,452,970 arrived, but it continued in numbers well above 100,000 people until 1970. In the early 1900s, many classrooms in Indianapolis, Cincinnati, Cleveland were bilingual, taught half in German, half in English.

We also see linguistic vestiges of refugee communities, from the French-speaking Cajuns who settled in Louisiana, to the Hmong speaking Vietnamese people who formed communities in Minnesota and Wisconsin.

Another surprising observation, for some people, is the growth of Arab-speaking communities in Michigan and Tennessee, which have often been the flashpoints of Islamaphobia and controversy. 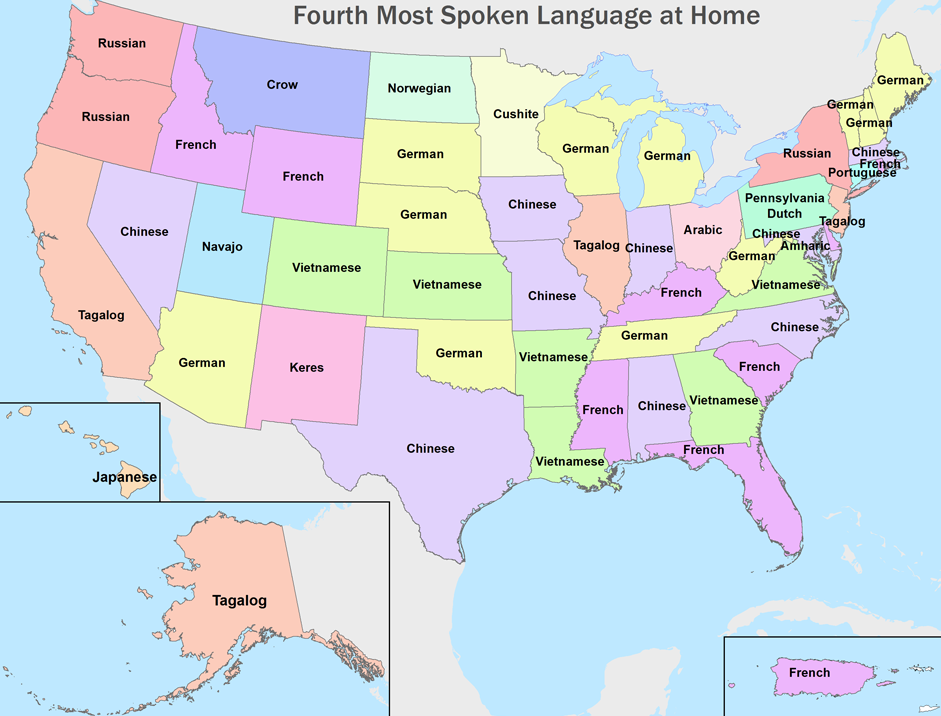 Lastly, our third map shows smaller ethnic communities, with continuing remnants our nation’s German ancestry. It should be noted that the “Cushite” spoken in Minnesota is more of a language family, as it incorporates some of the languages spoken in regions of Djibouti, Egypt, Eritrea, Ethiopia, Somalia and Sudan.

Our nation’s restless history of incorporating the traditions and cultures of the people to come here is long-standing. Special thanks to Reddit user /u/galileo23, for allowing us to see our history in a new way.

Does your family speak a language that’s not on this map? What do you think of this history of maintaining traditions and culture? Share your story at defineamerican.com/share.