In November, we spoke with over 300 Hollywood influencers to disrupt immigrant stereotypes in film and television, celebrated the diversity and power of food to bring people together with our #UnitedPlatesofAmerica campaign, led conversations with faith groups across the country and co-curated the National Conference on Citizenship.

Immigration on Television: Stories from America 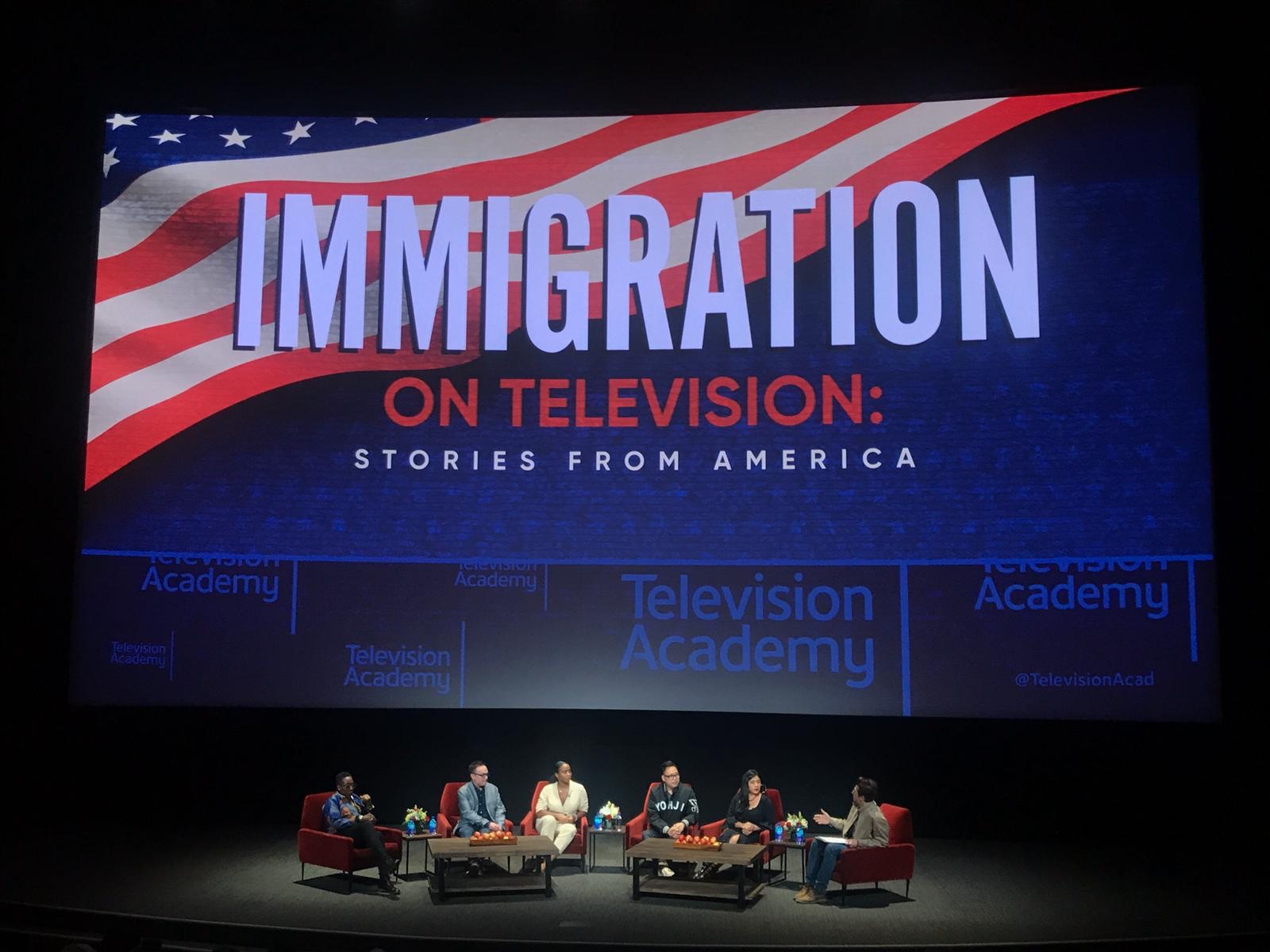 On November 19, our Entertainment Media Manager Noelle Lindsay Stewart spoke on a panel at the Television Academy in front of over 300 writers, producers, and entertainment industry influencers. The panel, titled “Immigration on Television: Stories From America,” was moderated by MSNBC’s Jacob Soboroff and also included: Melinna Bobadilla (Orange Is the New Black), Nico Santos (Superstore), Nathan Varni (The Conners), and Gina Yashere (Bob Hearts Abishola).

The conversation explored the negative and inaccurate ways that immigrants are portrayed in television, highlighting data from Define American’s recent entertainment media study in collaboration with the Norman Lear Center at the University of Southern California. The panelists challenged the audience of writers and producers to think about ways they can disrupt the dominant stereotypes that they have long perpetuated.

Nico Santos shared his character’s storyline on Superstore and how the show’s collaboration with Define American has strengthened the storytelling. Melinna Bobadilla spoke about all the research and preparation that went into her portrayal of an undocumented indigenous woman from Guatemala on Orange Is the New Black. And Gine Yashere spoke about her experience collaborating with Chuck Lorre to write Bob Hearts Abishola to authentically portray the experience of a Nigerian American immigrant family.

Through conversations like these, Define American works to influence the influencers and help them understand how they can be part of telling America’s whole story.

You can check out the entire panel at the Emmys.

During the week of Thanksgiving, Define American teamed up with United Farm Workers, Museum of Food and Drink, Open Belly Podcast, and many more organizations to launch the #UnitedPlatesOfAmerica social media campaign. We celebrated the fact that Thanksgiving meals aren’t just turkey, cranberry sauce, and stuffing. With families that are indigenous to America and for those from all around the world, Thanksgiving meals don’t look just one way. We started a conversation about how, in the most diverse country in the world, the food at Thanksgiving meals are a reflection of that diversity.

With the help of our amazing partners (and Good Morning America, which amplified our hashtag), we were able to reach over half a million people on social media with stories about the diversity of food that each of us brings to the table! Through this campaign, we highlighted the ways that food bonds people together. It inescapably connects the agricultural worker with the suburban family, it connects us with our environment, and it brings family members (chosen or by birth) together.

Last month, our Executive Director, Ryan Eller, spoke at two events that received an overwhelmingly positive response for their honest and raw discussion about identity and citizenship in unifying diverse communities. Events like these are intended to cause a ripple effect in communities across the country and activate more candid conversations in uplifting immigrants and all Americans.

“More than ever, we need to practice citizenship in America. Practicing citizenship means welcoming neighbors — new Americans and those of us born here — regardless of immigration status.” – Ryan Eller, Define American Executive Director 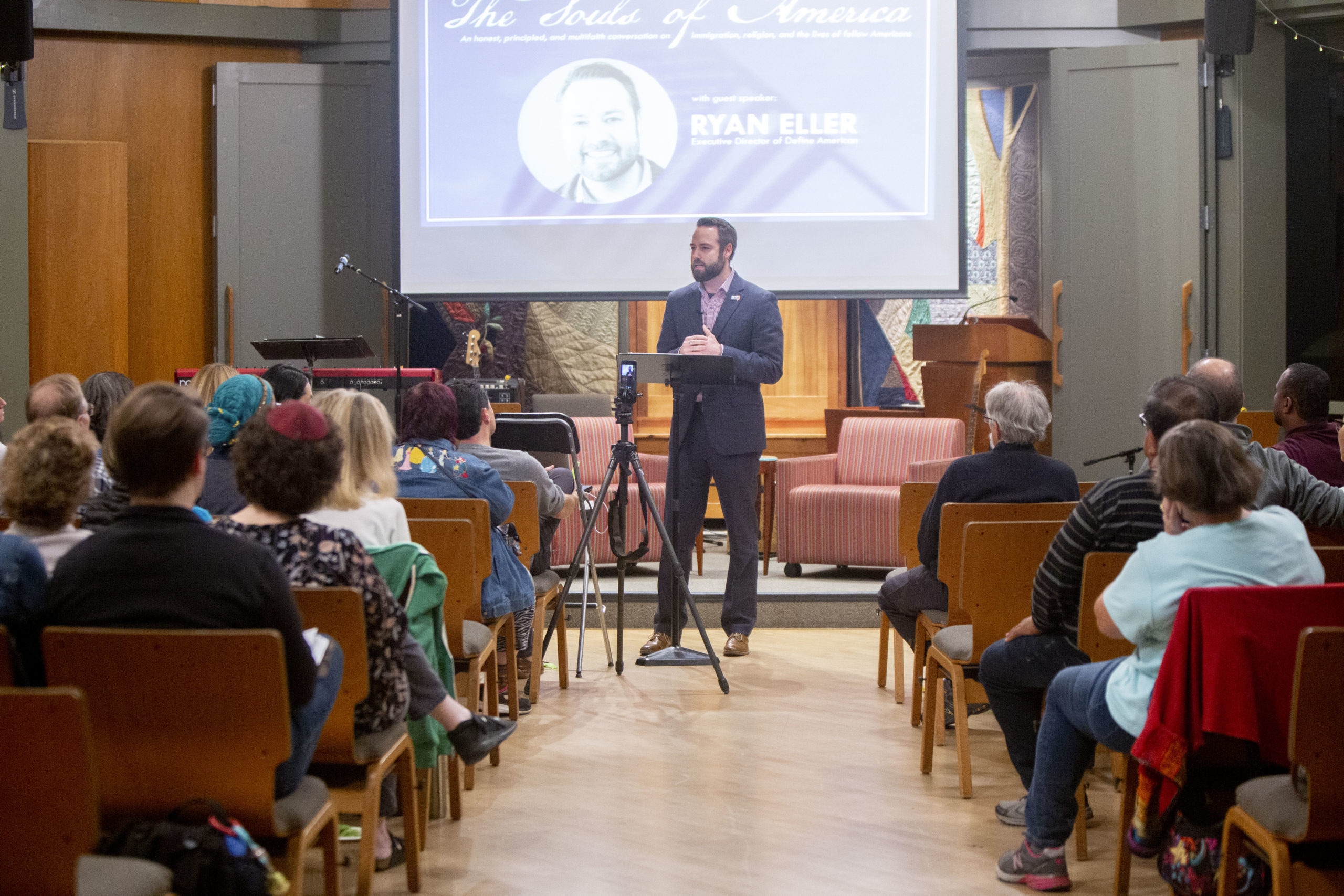 Ryan led a critical multifaith conversation on immigration, religion, and the lives of fellow Americans at the Spark Church in Palo Alto, CA. Our Stanford University chapter leader, Jesus Pineda-Ramirez, initiated the partnership for the event in pursuit of his own community becoming more welcoming towards immigrants. The event aimed to educate, empower and challenge individuals to engage in conversations about immigration effectively across party lines regardless of status, religion or ethnicity, particularly in this crucial time in America’s history. 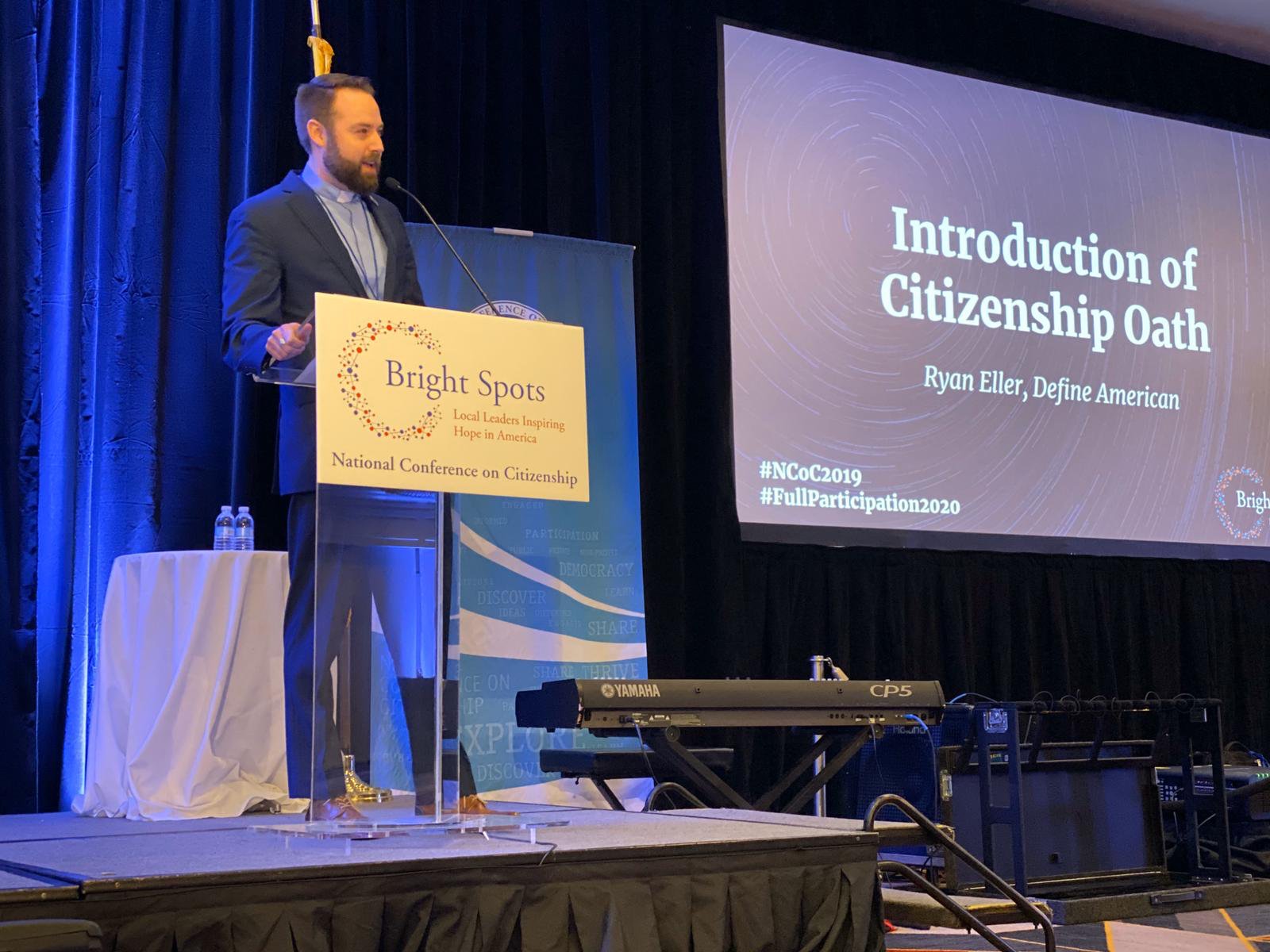