This February, we launched the application process for our next cohort of Immigrant Artist Fellows; highlighted the beauty of diversity through our Define American Chapters program; reached millions of people with a message of love and inclusion through our #ToImmigrantsWithLove campaign; and worked with the creatives behind the CW’s Roswell, New Mexico on its much-anticipated second season! 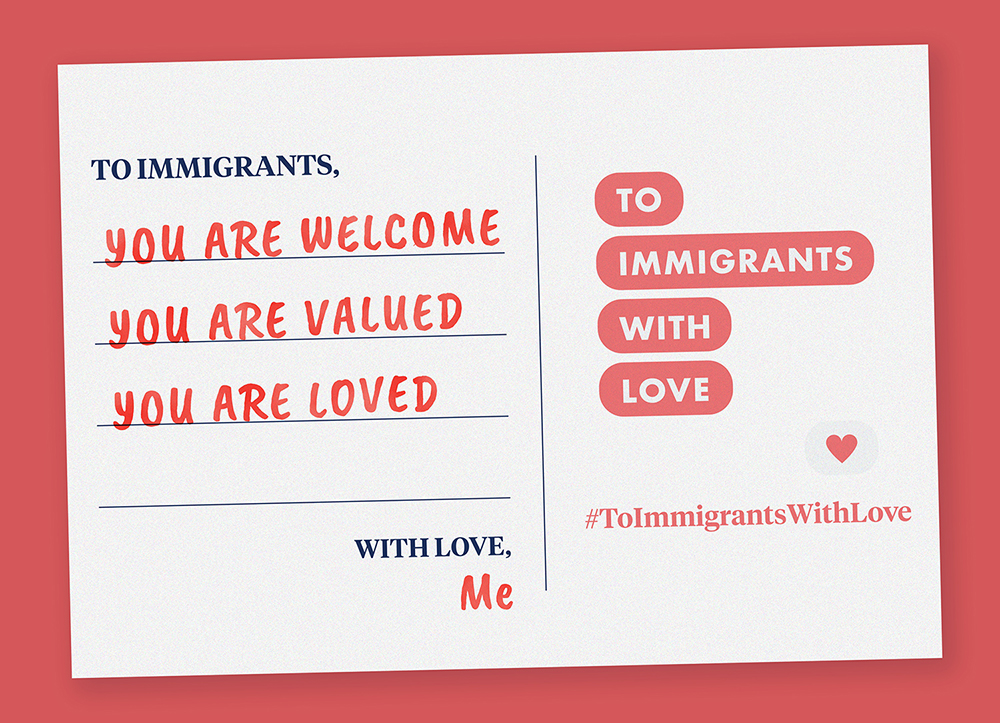 On Valentine’s Day, Define American joined FWD.us and United We Dream in participating in the #ToImmigrantsWithLove campaign, an online and in-person letter-writing campaign that shows positivity and support for immigrants across the United States. The celebration is centered around national bondedness, unifying narratives of love and solidarity through social media.

The digital engagement around the hashtag was a huge success, engaging more than eight million users and achieving more than 14 million digital impressions! In a time when immigrant communities are constantly under attack by divisive, xenophobic rhetoric, #ToImmigrantsWithLove highlighted stories and social posts of compassion, love, and solidarity. Folks from all different corners and backgrounds of the country joined the campaign, from U.S. political leaders like Senator Dick Durbin and Representative Ted Lieu to social justice activists Paola Mendoza and Michael Skolnik. Nine Define American Chapters hosted on-campus letter writing events and uploading their photos and videos to their own social media platforms. 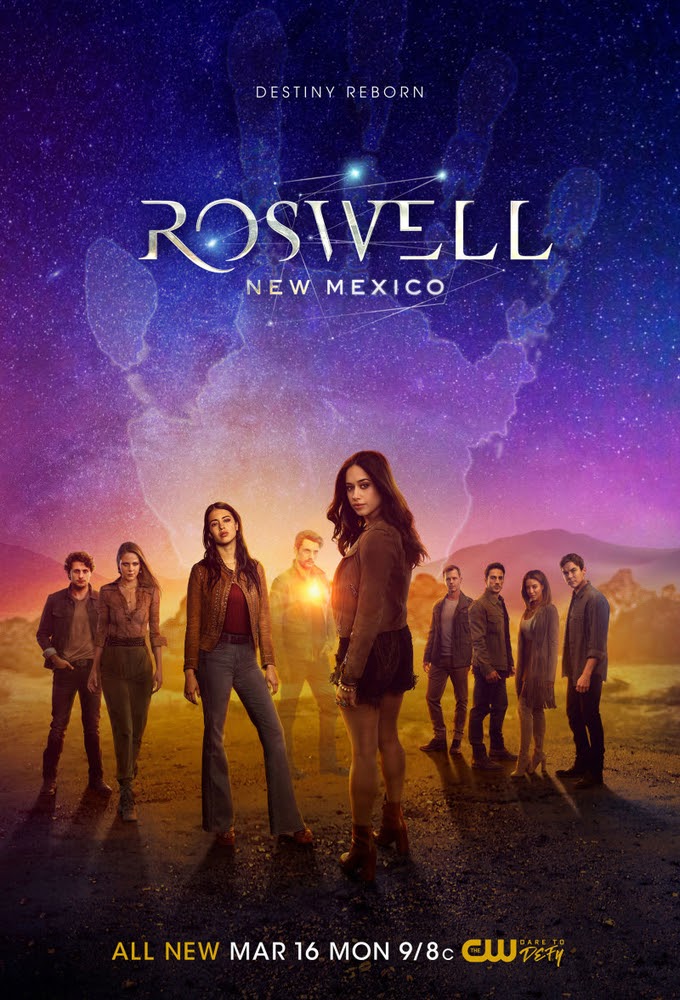 The CW’s hit show Roswell, New Mexico returned for a second season on March 16. Define American has been working with its writers’ room from the very start. The series centers on a mixed-status family living in Roswell, a small city in Southeastern New Mexico that is also the site of an alleged 1947 UFO crash. Illustrating the undocumented immigrant experience in a conservative “cowboy town,” where some characters on the show are also actual extraterrestrials, Roswell, New Mexico weaves a compelling story and believable characters who evoke connection and empathy from its viewers. Define American has advised the writers on topics ranging from access to healthcare for undocumented immigrants, the challenges of living as part of a mixed-status family, and racism toward immigrants. The stories we see every week on a show like Roswell have an impact on the way we feel about immigrants in our daily lives. When those stories are accurate as inclusive, over time, it can lead to positive behavior change.

In the first season’s finale, Liz Ortecho, daughter of local restaurant owner Arturo Ortecho, encourages her father, who is undocumented, to explore his citizenship options. Check out the series to follow Arturo’s journey and see Define American’s work in action! 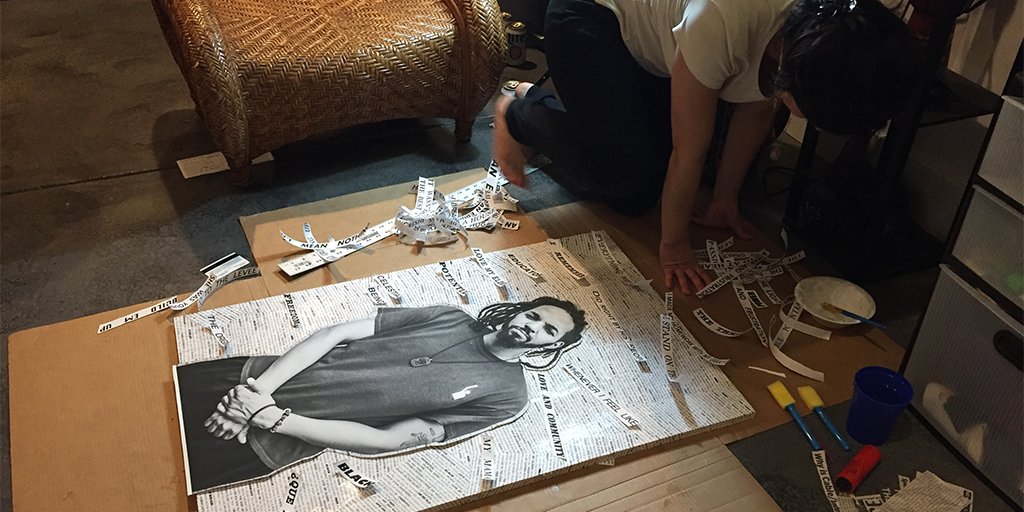 Following the success of its first year, Define American is now accepting applications for our 2020 Immigrant Artist Fellowship.

In 2019, eight artists were selected from California, Illinois, Louisiana, New York, and Pennsylvania, coming from a variety of artistic practices, including: painting, design, photography, textile arts, performance, and mixed media. Over the course of the fellowship, they received training in media communications, social media, grant writing, and more. All of the artists built community collaborations in their local communities. Five of the artists presented workshops at the Define American Summit and several artist fellows also contributed artwork to Define American campaigns and communication strategies.

We are hoping for a similar wide range of artistic backgrounds from the new cohort of artist fellows, and we are especially focused on recruiting submissions from Arizona, North Carolina, Pennsylvania, and Wisconsin. We look forward to supporting this second cohort in their personal and professional growth and new community collaborations. Artist fellows are expected to invest at least 25 hours over the course of the fellowship to strengthen their community.

If you know an immigrant artist who you think should apply, please share this link to our fellowship page: https://defineamerican.com/arts/. Applications will be accepted through April 5th, 2020. 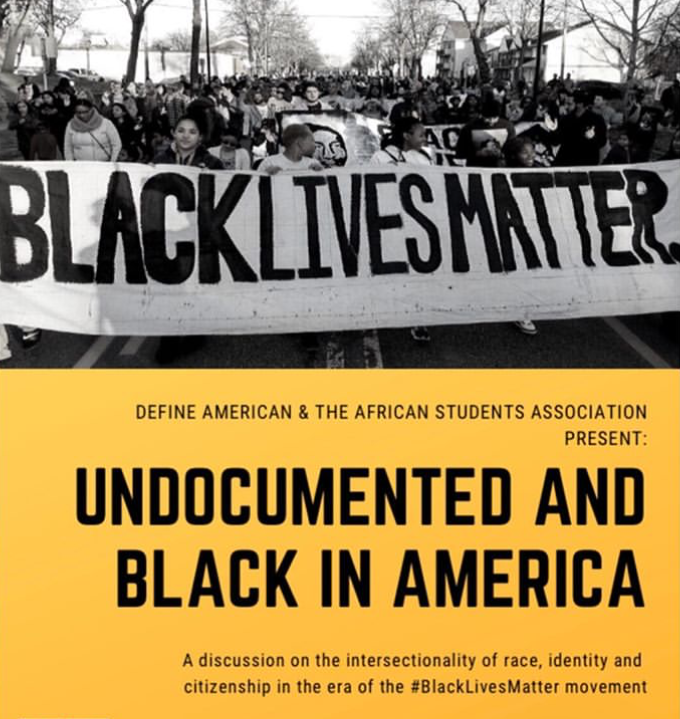 In honor of Black History Month, our Chapter at Rutgers Camden (Camden, NJ), in partnership with the school’s African Student Association, hosted Undocumented and Black in America, an event that brought individuals together to have a conversation on the intersectionality of race, identity and citizenship in the era of #BlackLivesMatter. This chapter used videos we produced in-house to facilitate this dialogue. The current narrative of immigration is that it is a Latinx issue; however, it is not, and our chapters are changing that narrative locally. 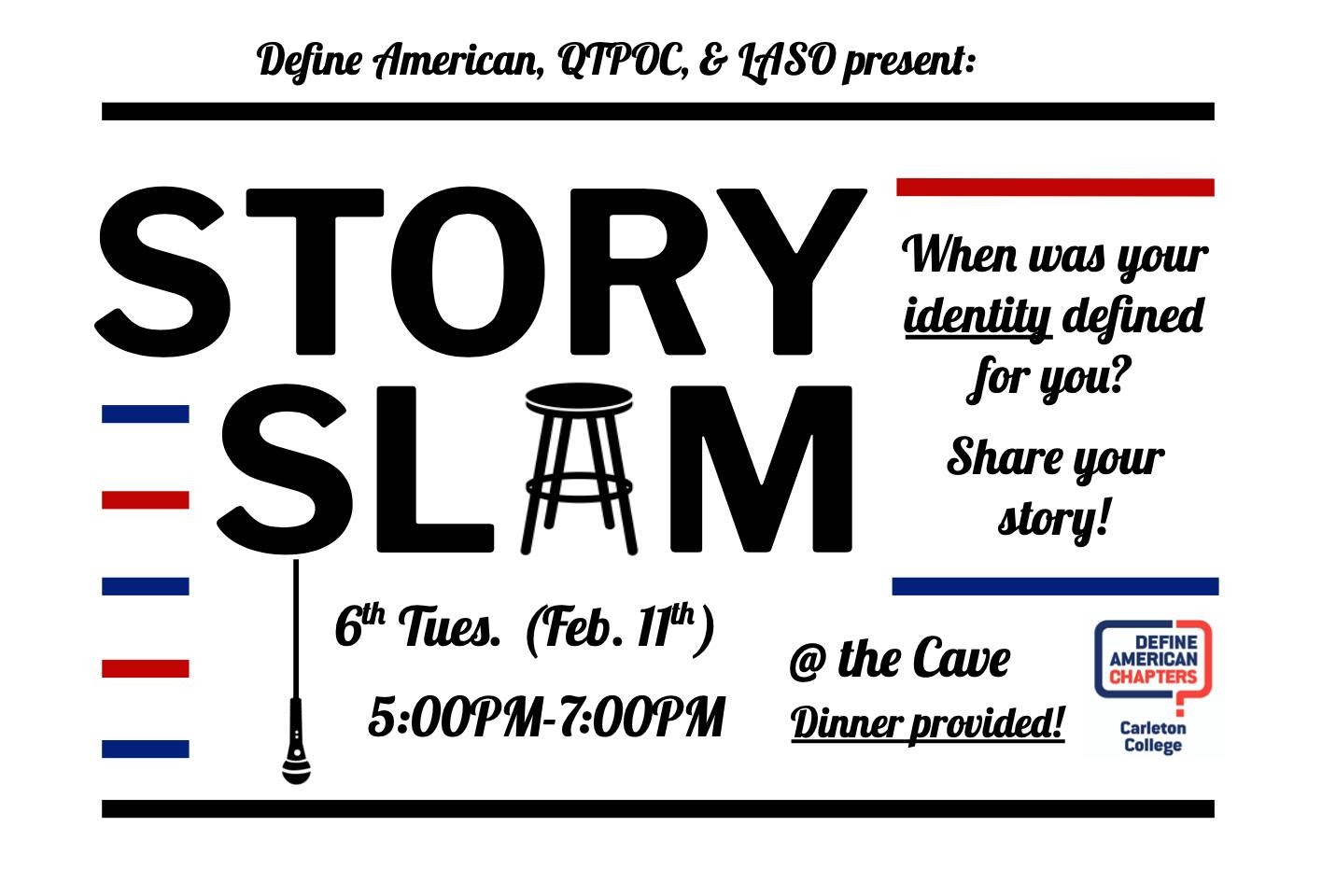 On February 11, our Chapter at Carleton College (Northfield, MN) held its second annual Story Slam event. Students from different immigration, gender identity, racial, and religious backgrounds answered the question: “When was your identity defined for you?” One student stated, “We are living in a time where being different is dividing us; tonight, our differences have brought us together.”

As Define American works to create cultural and narrative change through the power of our stories, our Chapters are an essential part of how we define American.