In October, we got Hillary Clinton and dream hampton to join us in our campaign to #StopNormalizingHate, welcomed our first-ever Head of Research and Impact to the Define American team, continued to work with NBC on the fifth season of its hit comedy Superstore, and brought over 300 people together from across the country for our Define American Summit in Louisville, Ky. 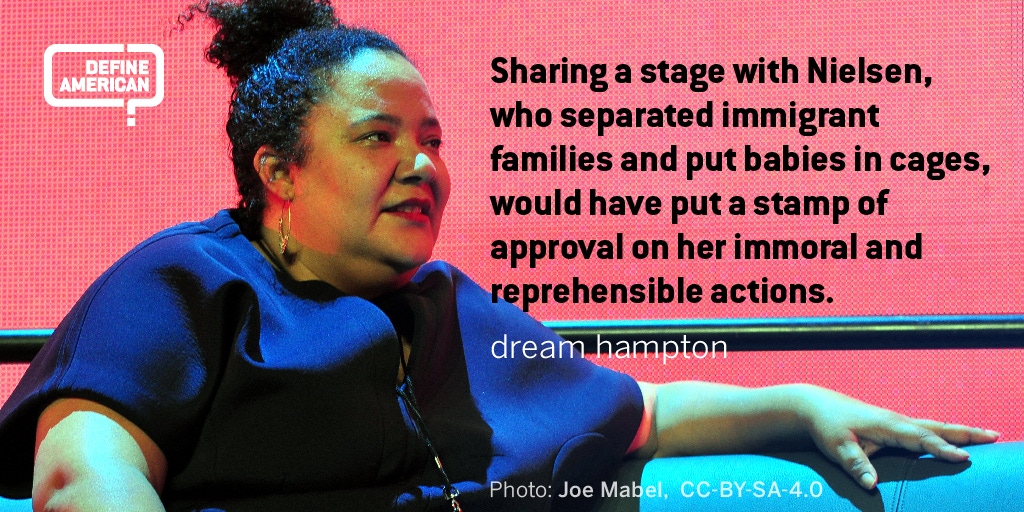 “Share a stage with the architect of family separation? At the end of the day, it’s an easy decision.” – Hillary Clinton’s team

Even after these high profile speakers and tens of thousands of petition signers made it crystal clear that Fortune should not be giving a platform to Kirstjen Nielsen to rehabilitate her image, Fortune gave her a platform anyway. But our message was loud and clear!

“The atrocity of family separation at our border needs to go down in history as one of the United States of America’s most merciless acts.” – Brandi Carlile

Through digital media campaigns, we are shifting the national conversation around accountability and media responsibility and stopping the normalization of hate. 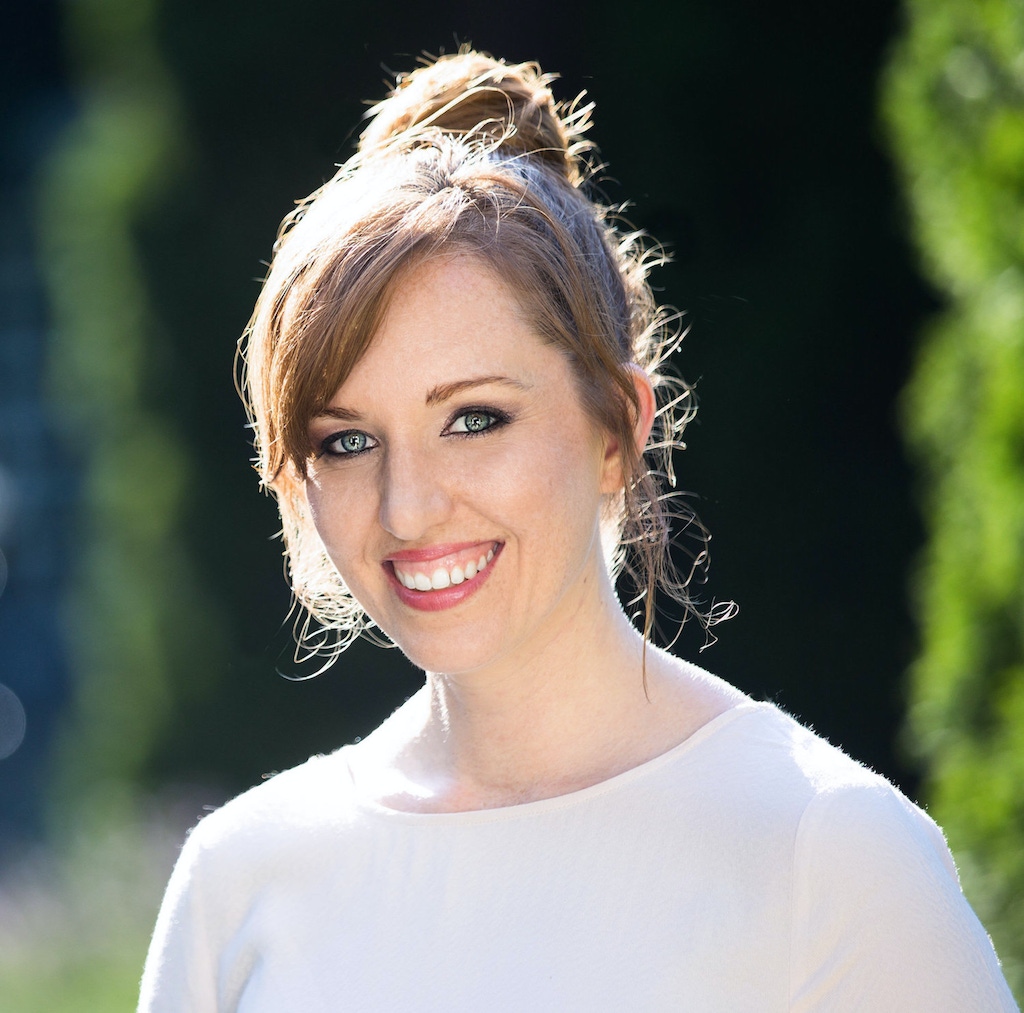 Sarah is a Ph.D. candidate in Community Health Education in the School of Public Health at the University of Massachusetts–Amherst. Her research focuses on global migration, community building, and storytelling in the digital age. Sarah has over 20 years of experience crafting cross-platform media campaigns for the Walt Disney Company, Nintendo, Cigna, PBS, and Discovery Channel. She has also been at the forefront of launching large-scale netroots movements in conjunction with arts-based nonprofits, including American Promise, Question Bridge: Black Males, and Land of Opportunity. She joined Define American in May 2017.

“Define American currently has a strong foundation of research with prestigious universities. It is my honor and privilege to hone and accelerate those efforts with the goal of sharing our learnings and impact of all that Define American does.” – Sarah E. Lowe, Head of Research and Impact

In her newly created role, Sarah will oversee all of Define American’s research initiatives, including our annual report with the USC’s Norman Lear Center examining immigrant representation in entertainment media, and our annual report with MIT’s Media Lab exploring the representation of immigrants in news media. She is currently heading up Define American’s original research project with National Geographic and the University of Massachusetts–Amherst, seeking to understand the mental health impact of using one’s personal life story as a tool for immigration advocacy. Sarah will also conduct testing on messaging as we try to find deeper understanding across ideological divides in 2020 and beyond. 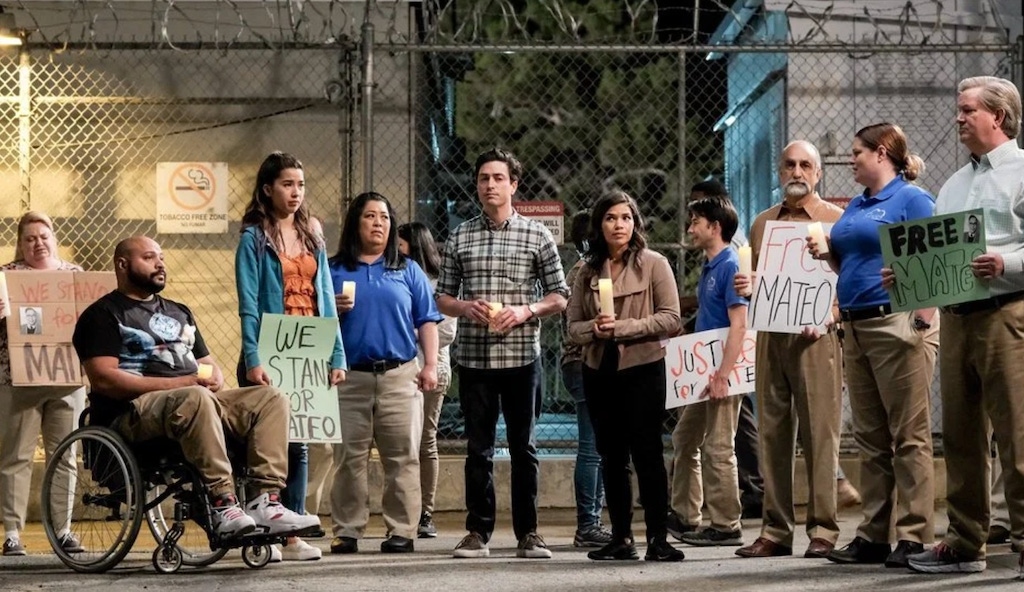 On September 26, NBC aired the premiere of Superstore’s fifth season and advanced a pivotal storyline that was several years in the making. Define American has worked closely with the Superstore writers’ room for the past three years on storylines for undocumented character Mateo, played by Nico Santos. Mateo was detained in last season’s finale.

Co-showrunner Jonathan Green told Vulture: “It took a while for us to figure out how we do that in an episode of a sitcom—and keep the show funny without suddenly doing a very special episode kind of thing. We ended up deciding that it would play better as a finale where it could be a cliffhanger. It’s giving us a whole new category of stories to tell about him because now he’s not just somebody with a secret. Now he’s someone going through the deportation process, which could stretch for years.”

Superstore continues to show the full complexity of America, and Nico Santos, who has been vocal about his personal immigration story, is thrilled to have the opportunity to play a character like Mateo.

Our National Summit in Louisville, Ky. was a critical convening of youth and narrative-change activists We brought conversations about Hollywood; mass incarceration and mass detention; shared ideals across politics and comedy to Kentuckians and college students from across the country.

Define American held our inaugural summit in Louisville, Ky. earlier this month. From October 10-13, we welcomed over 300 guests from across the country to the historic Galt House for workshops focused on leadership, mental health, and storytelling through media. Guests were also treated to a comedy night presented by Comedy Central at the Mercury Ballroom, where they enjoyed the hilarious comedic stylings of culture-changing artists Aparna Nancherla, Zahra Noorbakhsh, Atsuko Okatsuka, and Felonious Munk.

On our mainstage, our founder Jose Antonio Vargas conversed with Melinna Bobadilla (Orange Is the New Black) about Hollywood’s responsibility in creating more accurate and nuanced immigrant narratives; we spoke with conservative leaders to understand how they define American; and we learned from strong, female television writers of color about how we can write our own way into America. With more than 138K viewers tuning into our live-streamed panels and joining our summit digitally, the three-day event sparked a national conversation about the state of American identity today and our shared commitment to creating welcoming and inclusive communities where we live.