What's New With Define American, May 2019 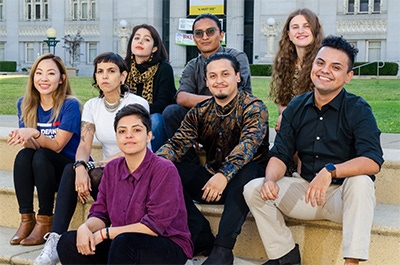 Three years ago, Define American created an artist-in-residence position for emerging creative leader, Yosimar Reyes. At Define American, Yosi’s vision and creativity were able to shine in new ways because he was plugged into an organization that provided support from our development team to secure funding for his projects; support from our communications team to raise his public profile and provide media training; support from our entertainment media team to access important networks; and more. Essentially, his creativity was able to be fully exercised because he had a team around him helping to meet some of the more foundational needs that artists require. The #UndocuJoy video that was one of the many outcomes of this residency. The effect of the piece was immediate and far-reaching, with hundreds of undocumented Americans participating in the movement. One student who watched the video no longer felt shame in being an immigrant and works with her college to make it better for all—regardless of circumstance or country of birth.

Following on the success of working with Yosimar, Define American has launched a new Undocumented Artist Fellowship with the generous support of the Kresge Foundation. This year the fellowship is supporting eight artist fellows from across the country who are working in visual and performing arts. These artists will be provided workshops with each department at Define American to help them develop new strategies for sharing their work, learn how to apply for funding for future projects, and become more effective at telling their stories and expressing their ideas. In addition to their training with Define American, the artists will be paired with a community-based organization in their own community. This will allow the fellows to put into the action the new skills they are gaining from their training with the Define American teams and help the local organizations approach their work from a more creative and artistic perspective.

The artists selected for this fellowship shared various reasons for wanting the support of Define American. One artist expressed her need to find artistic community now that she lives in a new context. Another fellow has long admired the work of Define American and wants to learn and utilize digital media best practices to build awareness for important issues. Two fellows who already work with a community-based organization want to develop their fundraising skills to better serve their community. And for several of the artist fellows, the stipend that comes with the fellowship will fuel their next artistic endeavors—whether that is recording a new EP or having the funds to travel and collect stories from around the country.

With eight artists working in separate local communities, we anticipate a ripple effect that will influence and empower countless individual lives. Furthermore, we expect that the success of the artists will inspire other undocumented Americans to pursue art and join the national conversation about the role of immigrants in the United States. We look forward to profiling each of these artists and their community-based organization collaborations in upcoming newsletters. 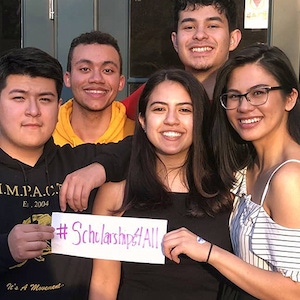 Jin Park was an ambitious college student – who happened to be undocumented. As he was graduating from Harvard, he faced the unpleasant realization that he was automatically disqualified for many scholarships due to his immigration status, even though he qualified in every other way. With Define American, he worked to get the prestigious Rhodes Scholarship to consider him, despite his undocumented status, and it worked! Now, the Rhodes Scholarship is open to all, regardless of immigration status – but we’re not done.

Another Define American Chapter leader, Sydelle O’Brien, received an award letter telling her she qualified for a scholarship through Philadelphia Community College because of her merit. However, after applying, she was denied due to her immigration status. We’re working to change this.

On April 17, Define American’s Chapters and Campaigns team officially launched its #Scholarships4All pledge campaign to pressure those who fund college scholarships to offer them to all American students who meet the criteria, regardless of citizenship status. Define American founder Jose Antonio Vargas spoke at the University of Nebraska at Lincoln, and the Lincoln Journal Star published an article about our work. Define American is asking for pledges from funders, undocumented students, and allies. We want to get scholarships, foundations, and institutions to answer the question “How do you define American?” when helping students achieve all of their educational dreams. Any student who best meets the criteria, whether American-born or American DREAMer, should qualify for scholarships. 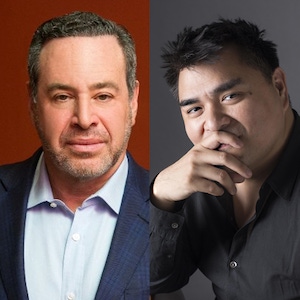 Define American founder Jose Antonio Vargas participated in a contentious interview with Frum on NPR, for which our Communications team provided research and real-time analysis. While on the air, Frum could not deny that his work shared similarities to white nationalist viewpoints, and he failed to disavow white nationalist sentiments.

Define American’s rebuttal to another powerful writer, Thomas Friedman, called him out for using dated research and failing to look up the definitions to basic terms in his argument for drastically reducing immigration, resulting in more social media criticism of Friedman. The Splinter article “Thomas Friedman Goes Full Fascist After Border Patrol-Approved Immigration Tour” echoes our many issues with his lazy analysis of the issue.

Additionally, the Trump administration has continued deceptive claims of a crisis at our southern border. Define American has tirelessly corrected the record, issuing memos to reports who are uncritically using data from the administration to paint a dire situation. 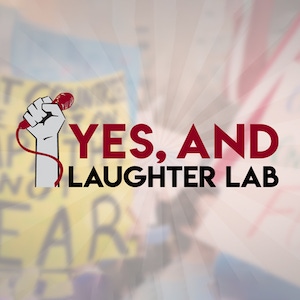 Define American has partnered with Comedy Central, the Center for Media and Social Impact (CMSI), and creative agency Moore+Associates to participate in their groundbreaking new project: The Yes, And … Laughter Lab. This project will produce five original comedy projects illustrating how comedy can be a narrative tool in presenting issues of immigration. Applications for participants will be evaluated by a selection committee of comedy experts, including: Abbi Jacobson (Broad City), The Daily Show’s Aasif Mandvi and Roy Wood Jr., Franchesca Ramsey, Sabrina Jalees, and Jeffrey P. Jones (Peabody Awards),.

“Define American has always believed that comedy plays a vital role in social change and we’ve invested in comedic strategies to that effect,” said Elizabeth Grizzle Voorhees, Managing Director of Creative Initiatives at Define American. “Inducing laughter is a chance to challenge skeptical audiences to think differently about culturally relevant issues and we are thrilled to announce our partnership with Yes, And… Laughter Lab to explore this relationship more deeply.”