“Walking into the United Nations to share Define American’s groundbreaking narrative change work felt like a huge milestone for our organization.”

Last month, Define American had the immense honor of presenting our work at the United Nations Office of the High Commissioner for Human Rights in Geneva, Switzerland. The only organization in attendance from the United States, Elizabeth Grizzle Voorhees, Managing Director of Creative Initiatives, spoke at the international convening called Stand Up For Migrants: Confronting Hate in Our Societies and Reshaping Narratives on Migration. which brought together representatives from across Europe, Asia and Australia who are engaged in challenging and reframing harmful and hateful immigration narratives.

The one-day, closed-door meeting fostered deep solutions-based conversation to help participants address the often hate-filled rhetoric that is holding the world in its grasp. Define American presented our narrative change work in Hollywood as an innovative and cutting-edge strategy that other countries can replicate as they work to change global migration culture.

At no time in our history has this type of innovation been more important. Big ideas yield big results, and with the help of our members, we are changing culture, exposing hypocrisy and challenging the status quo day by day. 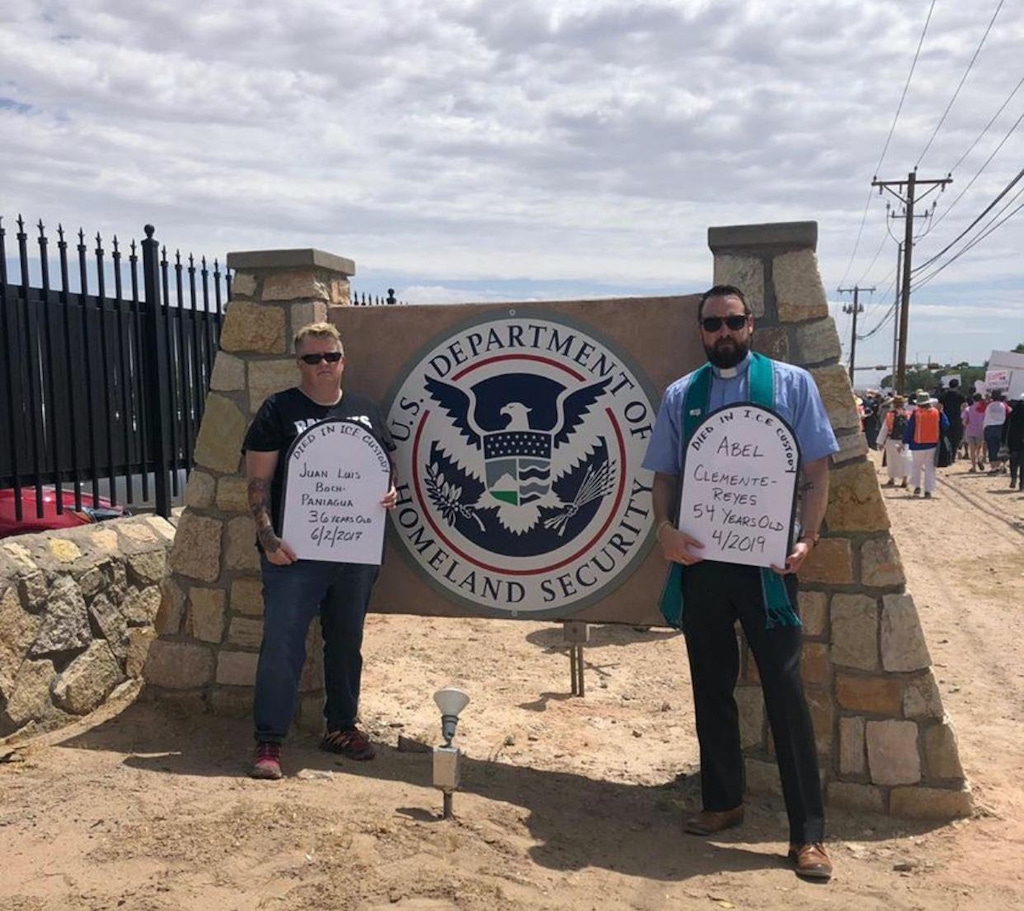 Jenn Budd is among the newest additions to our Define American Ambassadors — a network of field experts, thought leaders, and influencers who work closely with Define American to share their stories and uplift the stories of immigrants in the media. Jenn was with U.S. Customs and Border Protection from 1995 to 2001 as a senior patrol officer, and now she is a passionate advocate for asylum seekers.

Together, Jenn and Ryan stood with Rev. William Barber of the Poor People’s Campaign, the Repairers of the Breach, and faith leaders across the nation to put their fact into action at Border.

In a video tweet shared out from the event, Ryan stated, “We have had thousands of Define American members over the last few weeks sign petitions to end child detention, close detention camps, and stop the separation of families. A lot of what you hear in the news media isn’t giving the whole story about how we define American or even what’s happening right here at the border. We are here in El Paso to reclaim the moral narrative.”

CONSERVATIVES GRAPPLE WITH HOW TO DEFINE AMERICAN 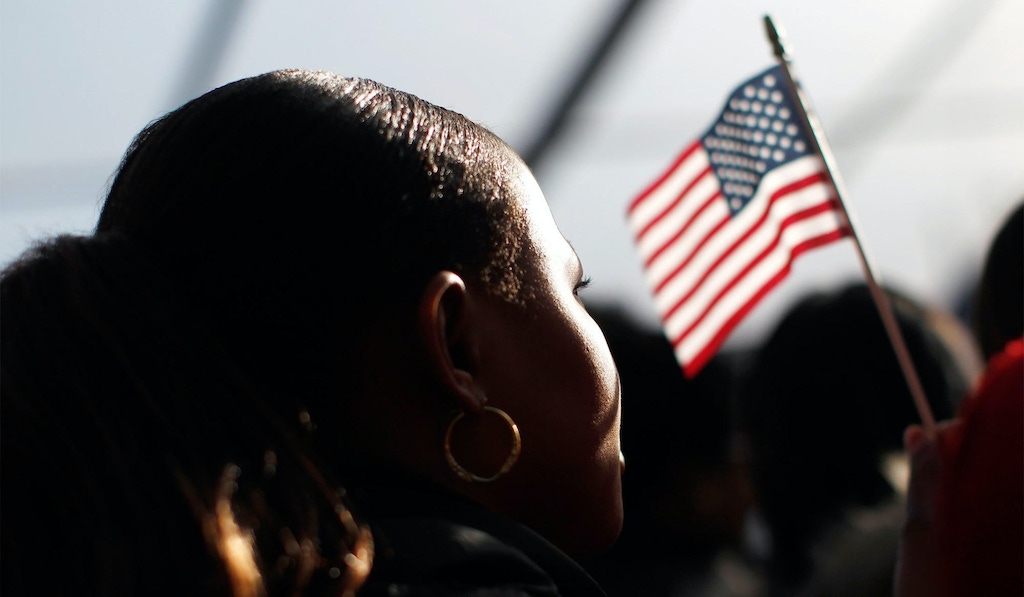 How do conservatives define American?

We got a small glimpse of the answer earlier this week in a prominent article featured in the conservative publication, The National Review, titled, “2020 Will Be a Referendum on Who Qualifies as an American.”

“You may recall ‘Define American,’” author Jim Geraghty writes in his opening line. “The organization more or less exists to advance an argument … that the Dreamers – and by extension, a significant number of those who entered the country illegally – were ‘American by any other name except for their legal papers.’”

For the next 1600 words, Geraghty transparently wrestles with his own understanding of what this word truly means.

Is there a difference between being “not a real American” and being “un-American”? Can a person still call themselves an American if they cause harm to other Americans, whether through violence or racism or other forms of hate? Should the designation be reserved only for those who actually take the time to truly understand our history and laws?

There may be no simple answer, but the truth is that the power is in the question itself.

These are the questions that we’ve been asking since 2011. Now, across the country and across the political spectrum, we are seeing people grapple with them in these critical moments. 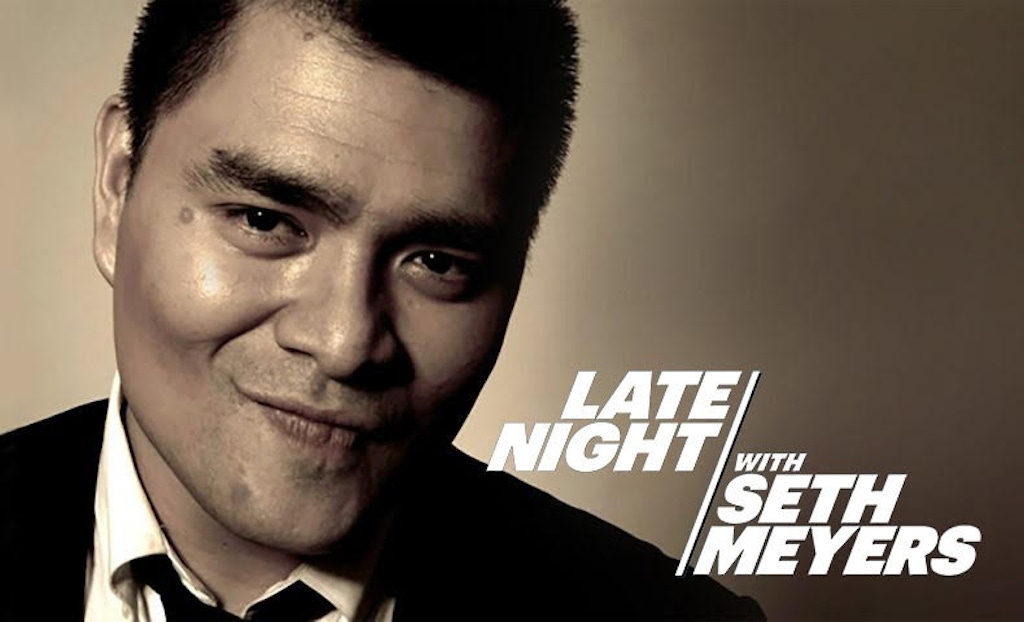 Following the first night of this week’s Democratic Presidential Debates, Define American co-founder Jose Antonio Vargas appeared on NBC’s Late Night with Seth Meyers to talk about one of the most hotly debated issues on the campaign trail: immigration.

“Now that immigration is the central topic in this election,” he said, “there’s an opportunity for us to really educate people about what the issue and what a lot of the politicians and even people in the mainstream media are not really talking about.” Throughout the conversation, he addressed the question he’s most frequently asked by people around the country:” Why don’t you just get legal?” In a span of a few minutes, he explained to 1.5 million Late Night viewers about how these complicated immigration policies affect real people, debunked myths about immigrants not contributing to the economy, talked about what the media gets wrong, and explained why all of it matters.

At Define American, we firmly believe in preaching beyond the choir. For this reason, we are committed to stepping outside of our own echo chamber and talking to real people with respect, empathy, and patience. We are working to break open the tropes and binaries that have seeded toxic division in our country, and we are bridging communities through the power of storytelling.

“I’m only one story,” said Jose to the Late Night host. In order to complicate the narrative on immigration and make it as rich as our country truly is, we need to hear the stories of real people, especially those who have historically been left out of this conversation. Help us define American by sharing your story at https://defineamerican.com/stories. 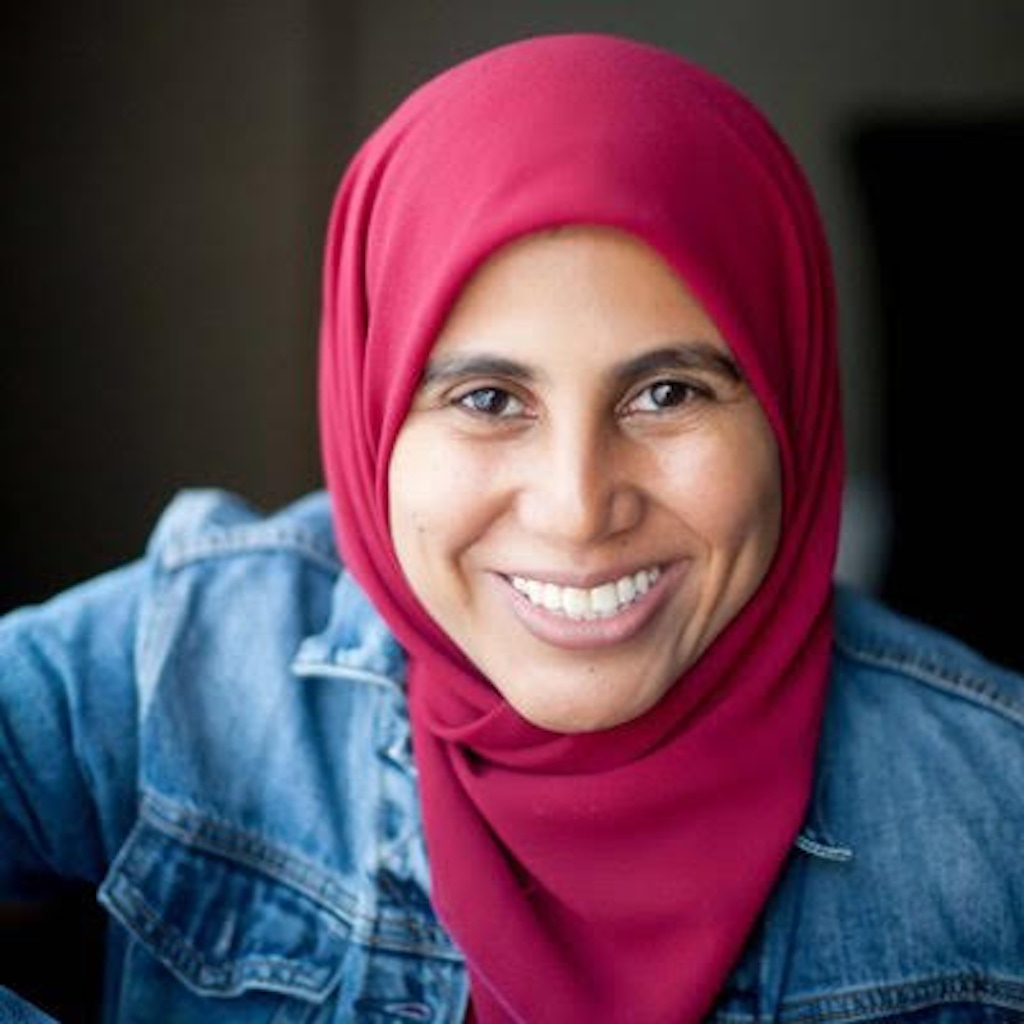 During a period of exciting organizational growth, Define American is thrilled to announce the addition of our new Organizing Director, Khadija Gurnah, to our team!

Khadija comes to us from MomsRising, a transformative on-the-ground and online multicultural organization, where she helped mobilize a network of over one million members and over one hundred organizations to advance initiatives that advocate for and support immigrants.

She has worked alongside various governmental departments, on a wide range of projects, including bullying prevention, cultural sensitivity, religious accommodations for youth in the juvenile justice system, and bolstering enrollment for Muslims in the Affordable Care Act. She is a recipient of the White House’s Champion of Change Award, and of the EMAC Special Award in Health Disparities from her alma mater, the Yale School of Public Health.

In her newly created role at Define American, Khadija will oversee all of Define American’s digital campaigns as well as our booming Chapters program to ensure that we fully engage our members nationwide to build an America that is safe, inclusive and welcoming of newcomers.

“At a time when we need to lift up voices that help heal our country’s deep divides, it is an honor to join an organization that is committed to reaching beyond the choir and building bridges across communities. Already, I’ve had the opportunity to work with so many of our incredible members during moments of critical mobilization, and I am looking forward to connecting with and continuing to grow our membership even more to deepen our impact.”