Follow along and find out why "getting in line" isn't that simple.

Click to view the infographic
Guide to Difficult Conversations

What is "chain migration"?

And why do I keep hearing about it?

We live in a globally interconnected society. Our immigration laws have not kept pace with the larger forces that cause migration.

The production of an iPhone, for example, is the result of hundreds of components sourced from over 40 countries, assembled internationally and bought in the United States by millions of people.

While Americans take iPhones for granted, it is not acknowledged that these same forces, trade and technology, push people to move, and make moving easier than ever.

The “right way” to immigrate was – at one time in our nation’s history – simply just showing up. That changed with The Immigration Act of 1924, which required that visitors obtain immigration visas, which were limited by race and nationality.

The Immigration and Nationality Act of 1965 was intended to rectify racial restrictions on immigration. In effect, it also established numerical limits on legal immigration at the southern border, where none had previously existed. This caused the number of immigrants considered to be “unauthorized” to skyrocket. 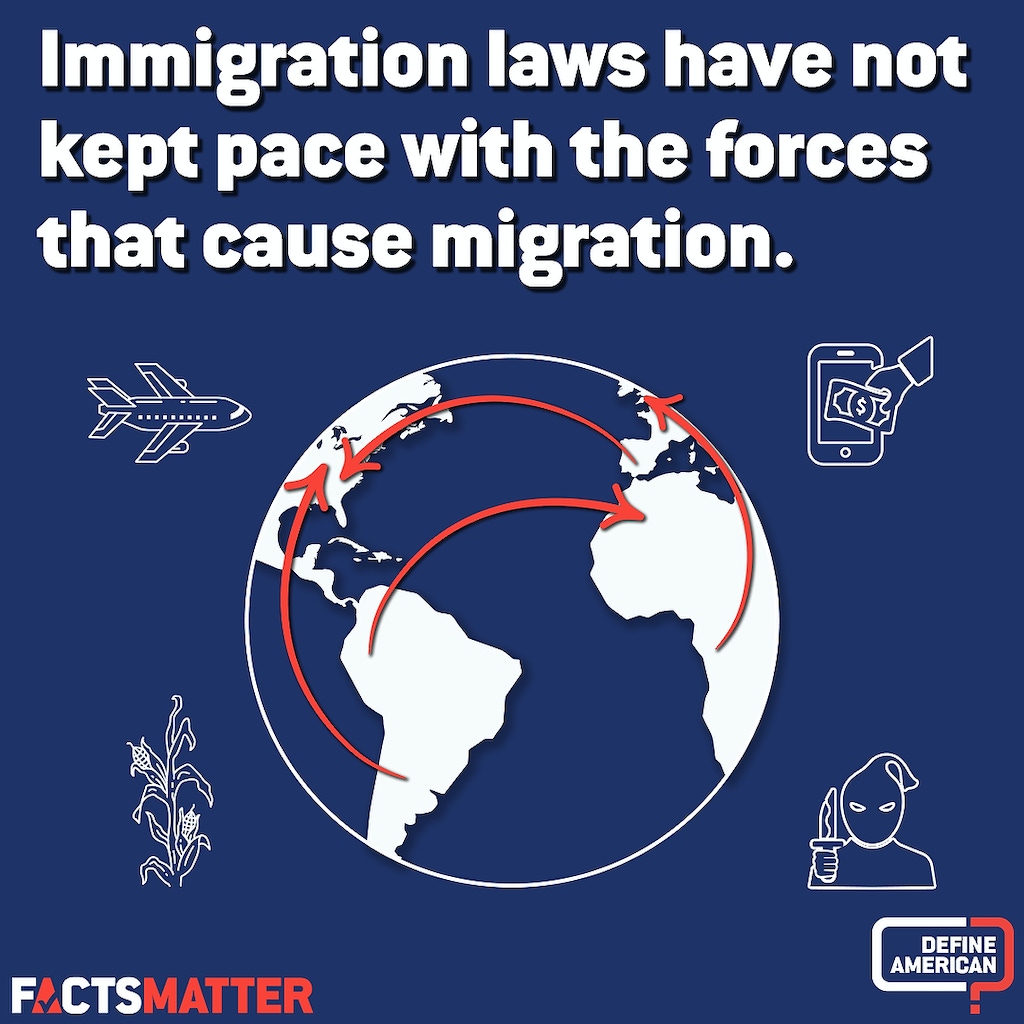 The Trump Administration’s immigration agenda is unique in that it is focused on limiting legal immigration.

The immigration debate was previously centered on the fate of undocumented Americans. Rhetorically and legislatively, this administration have instead challenged traditional means of legal immigration.

Family-Based Immigrant Visas: The number of immigrants approved for family-based visas has dropped in 2018 to the lowest level in more than a decade. The administration has also proposed ending family-based reunification, lobbying instead for a “merit-based system.”

Asylum (Refugee) Status: The U.S. Justice Department has changed the definition as to what qualifies for asylum status. Now, victims of domestic abuse and gang violence can no longer apply. 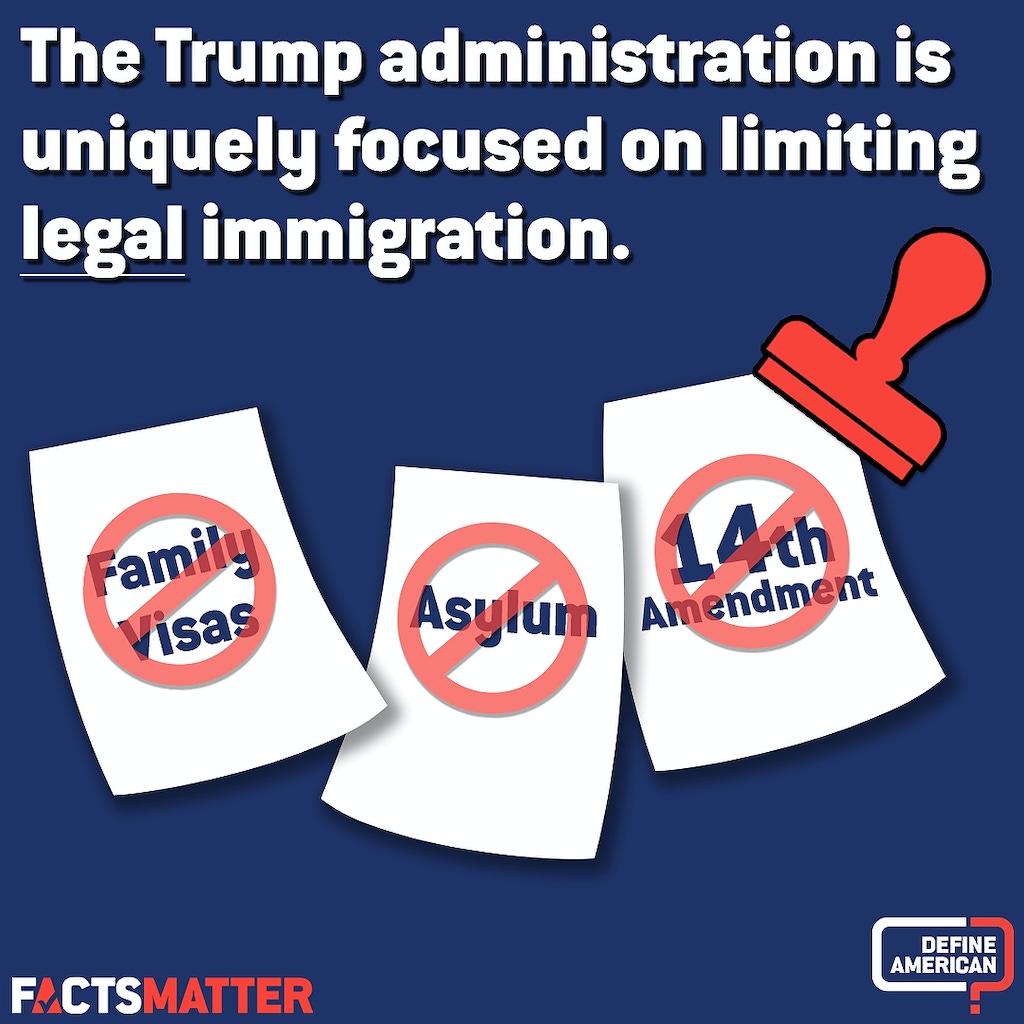 If you are undocumented (even if you have DACA), there is no straightforward way to adjust your legal status.

To better understand this process, please see our infographic, “The Game of Getting Legal.” Click here 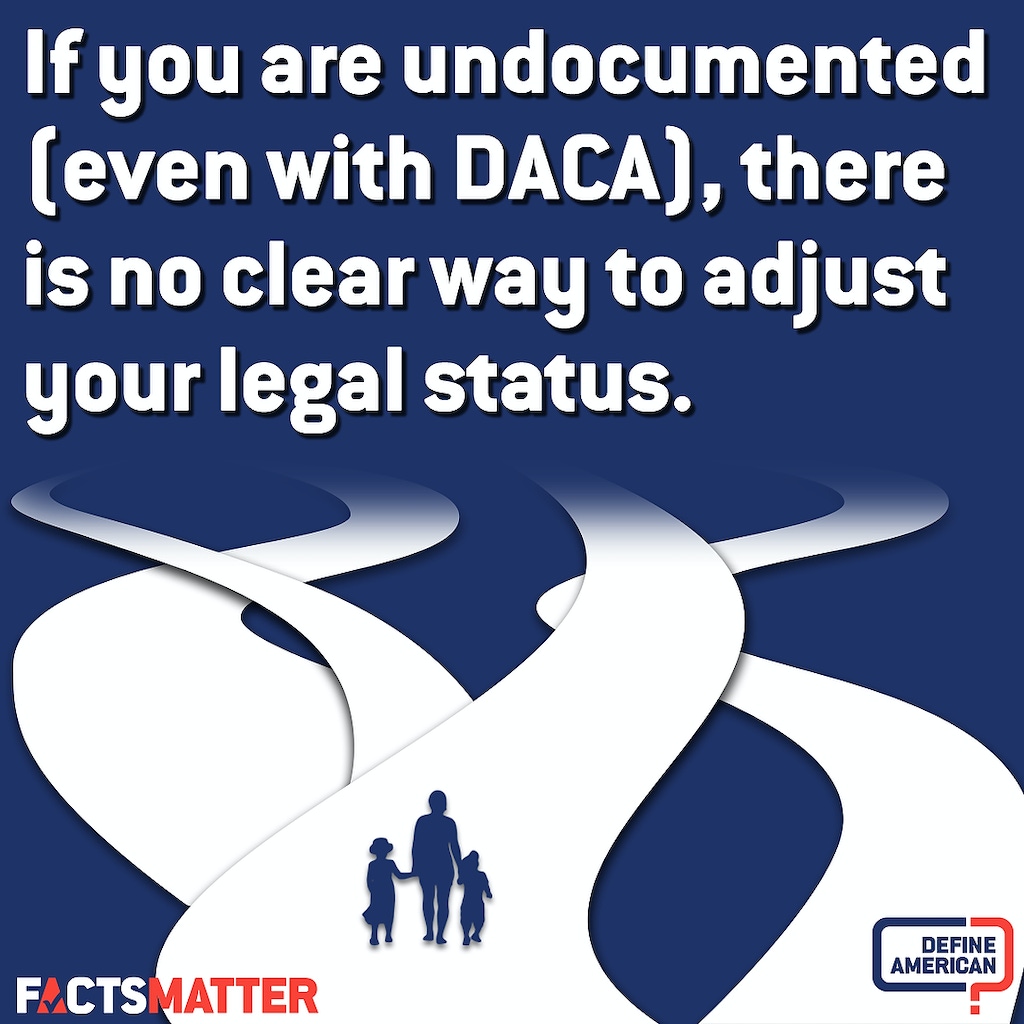 More than eight million U.S. citizens live with at least one family member who is undocumented.

Children make up the majority of these U.S. citizens; almost six million citizen children under the age of 18 live with a parent or family member who is undocumented.  Consequently, immigration enforcement actions—and the ongoing threats associated with them—have significant physical, emotional, developmental, and economic repercussions on the children left behind. 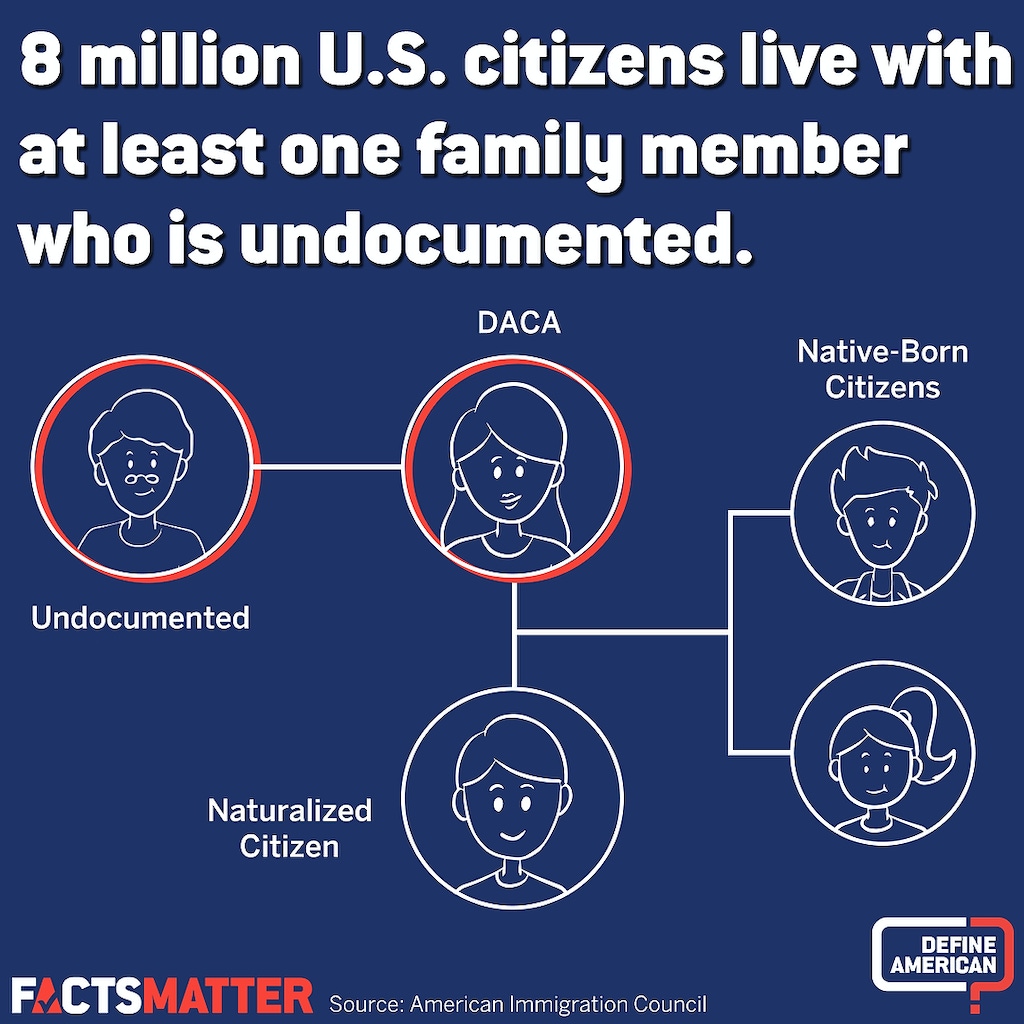 2/3 of all undocumented adults have lived in the United States for at least a decade. 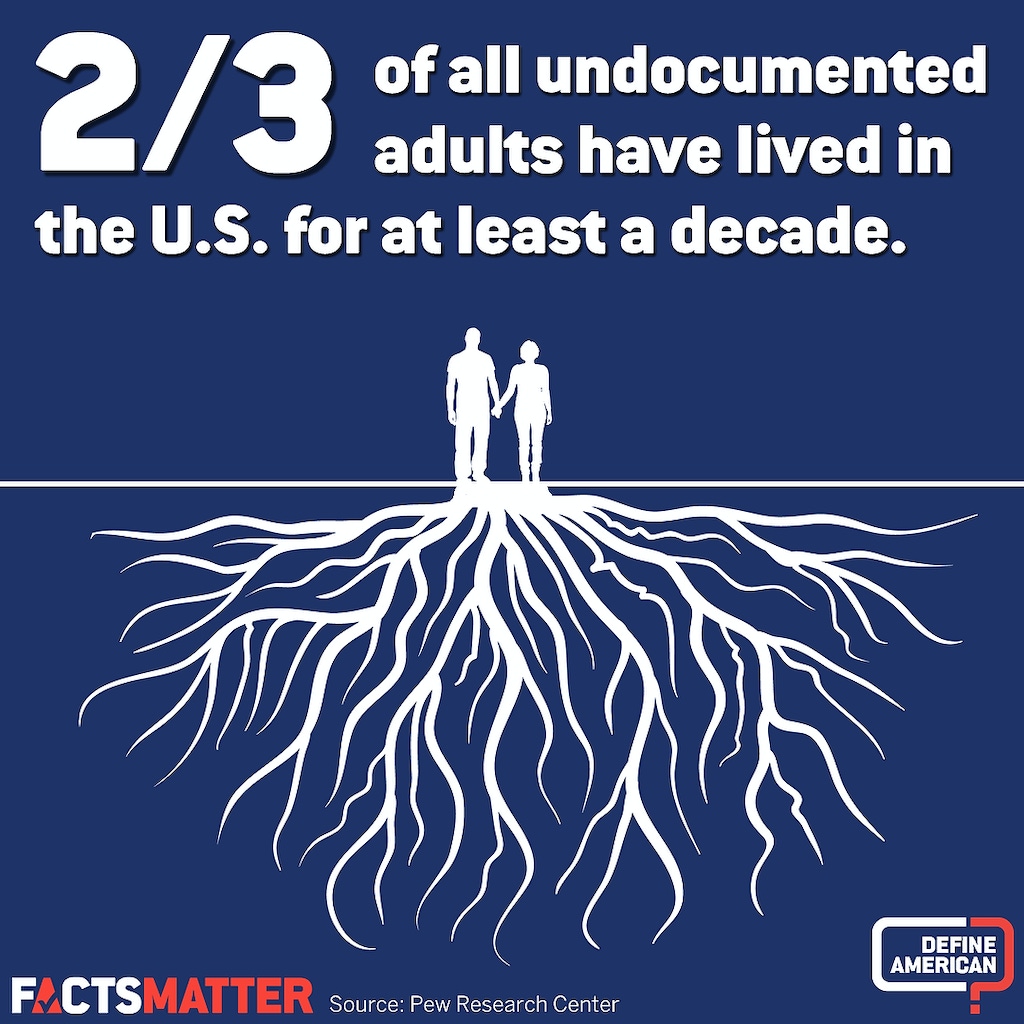 3 million undocumented Americans live in homes their families own. 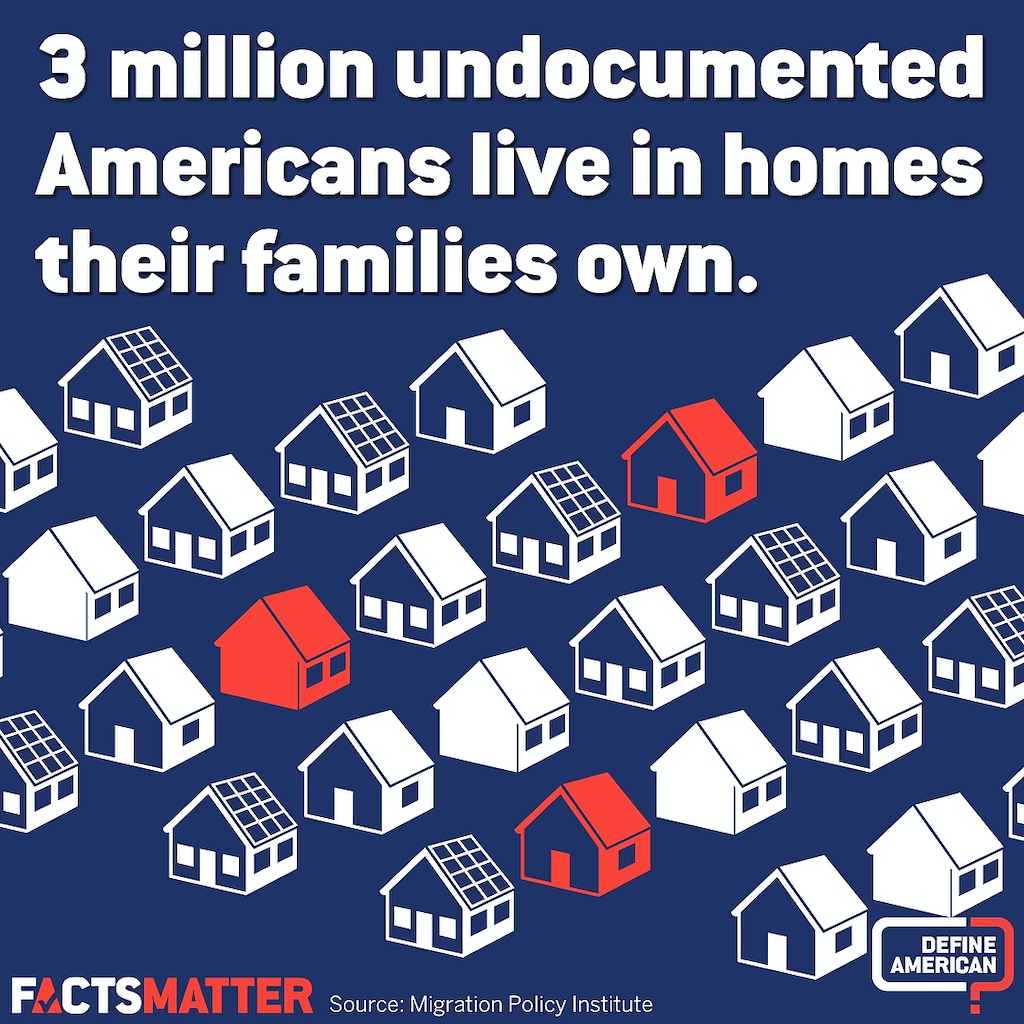 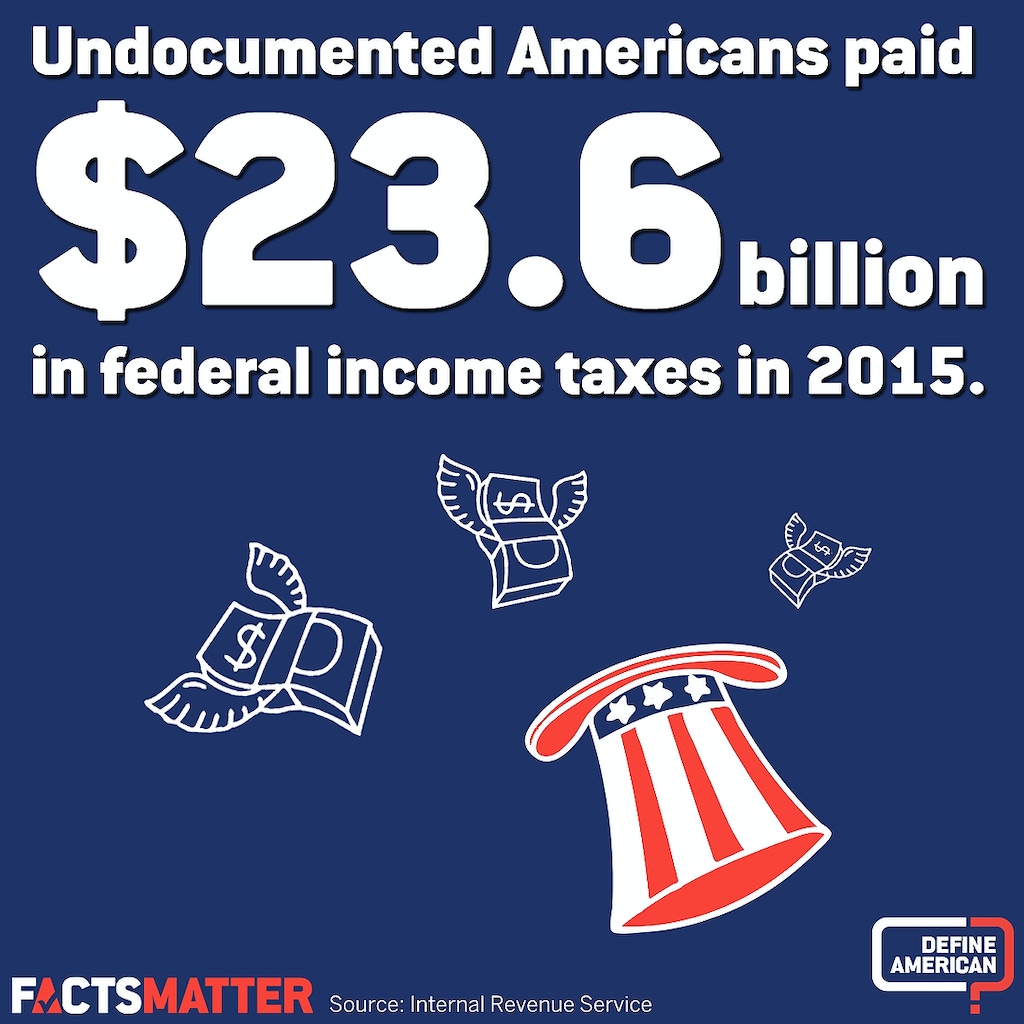 White immigrants did not universally “assimilate” and not all had papers. 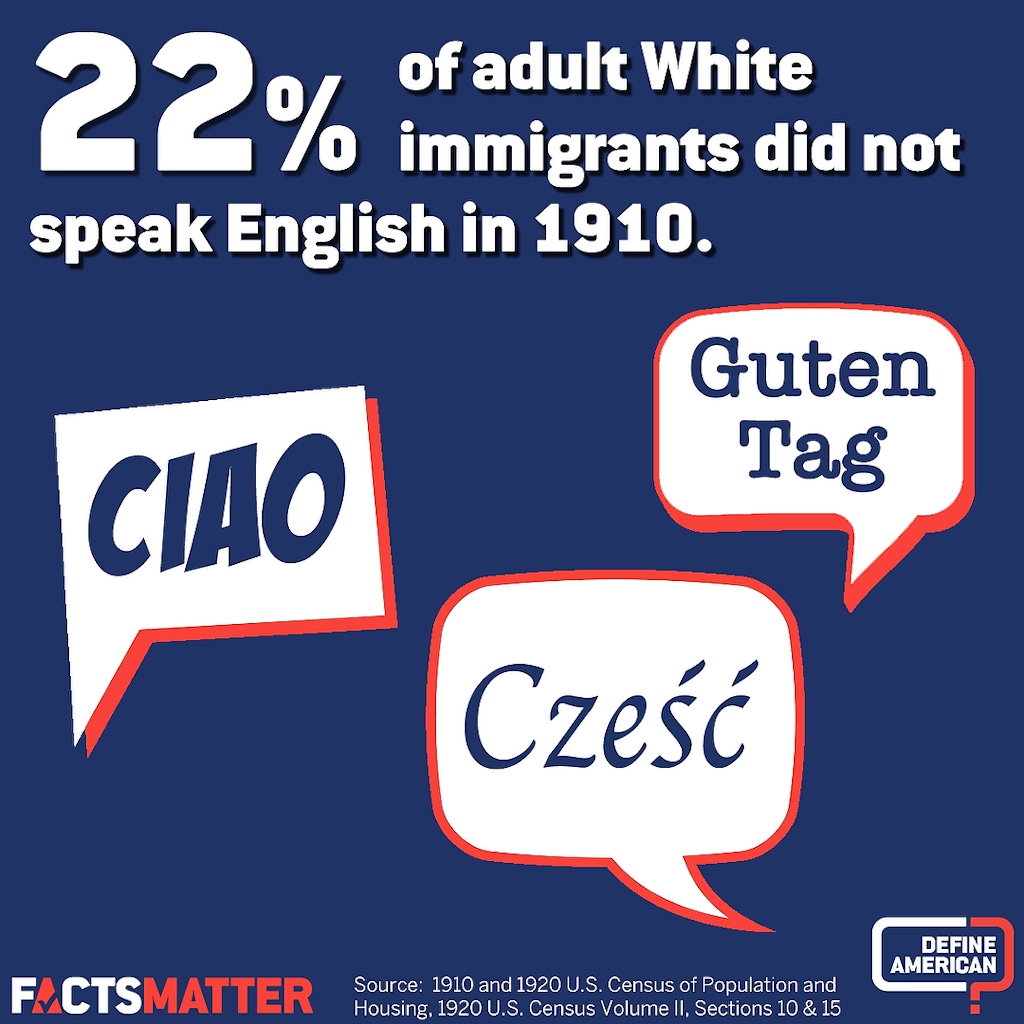 The majority of undocumented immigrants coming today are arriving via airplane, not across a land border.

In 2014, 42% of all undocumented Americans in the U.S. were “overstays.” Of those who arrived or joined the undocumented population in 2014, 66 percent were overstays. This trend is expected to continue. 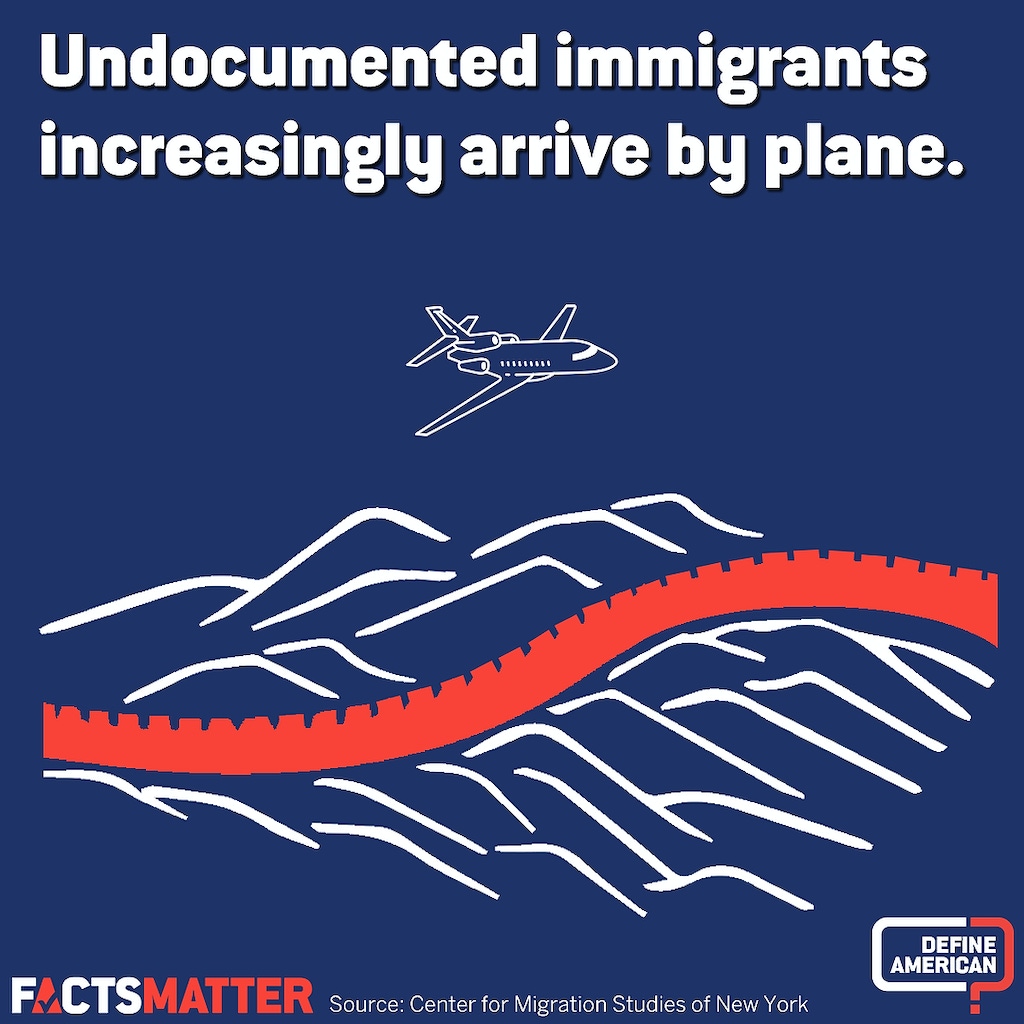