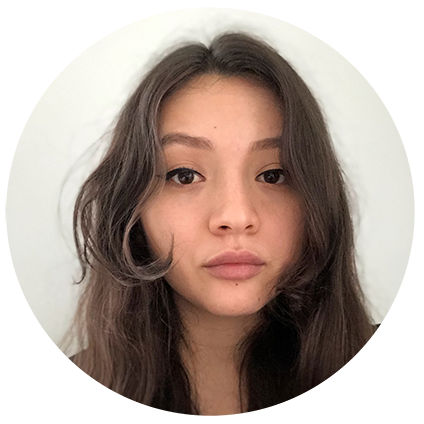 Kenia R. Guillen (b. 1994, El Salvador) is a filmmaker and interdisciplinary artist based in New York. She was born in Los Achiotes, a rural town of Chalatenango, where she was raised before migrating to Long Island, New York. Her cinematic practice is in conversation with processes for personal integration, using narrative to acknowledge intergenerational trauma. Inspired by myths and legends, she’s interested in the power of personal memory as archive, how to write rural life and peoples into cinematic memory, and how to honor the mystical and supernatural as reality.