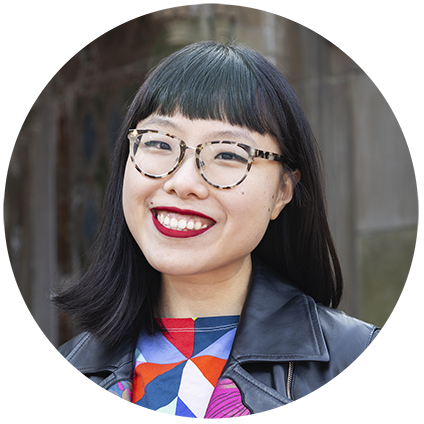 Yao Xiao is a cartoonist and illustrator living in New York. Yao was born in China and emigrated to the United States in 2006. After graduation with a degree in Illustration from the School of Visual Arts, Yao documented her experiences as a queer immigrant in and developed a series of comics incorporating illustration and writing. As an illustrator, her work has been featured in TIME Magazine, Newsweek, Entertainment Weekly, National Geographic, and the Wall Street Journal among others. Yao has shown her work at galleries in New York, San Francisco and Seattle. Her debut graphic novel, Everything Is Beautiful, And I’m Not Afraid was published by Andrews McMeel in 2020. Her debut children’s book How To Solve A Problem, written by Ashima Shiraishi, was published by Penguin Random House. Her work has been nominated for the Ignatz Award and recognized by the Society of Illustrators. (She/her.)