Our groundbreaking television research on
immigrant representation with the Norman Lear Center
is changing storytelling in Hollywood.

We looked at the portrayal of immigrant characters on 59 scripted television shows that aired last year and surveyed viewers on how three immigration storylines changed their willingness to take action in the real world on immigrants’ behalf.

Clips from Madam Secretary, Superstore and Orange Is the New Black‘s immigration storylines. 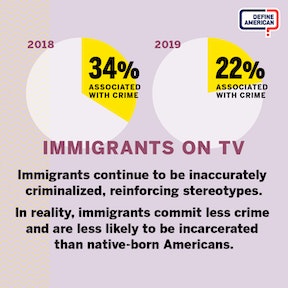 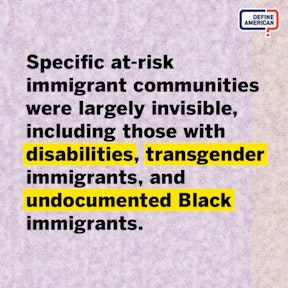 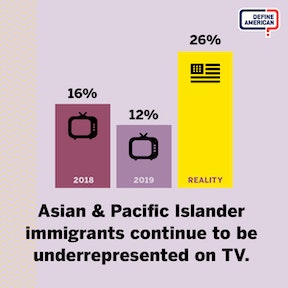 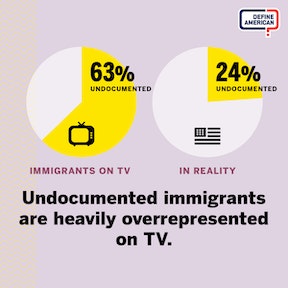 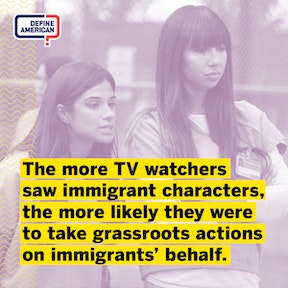 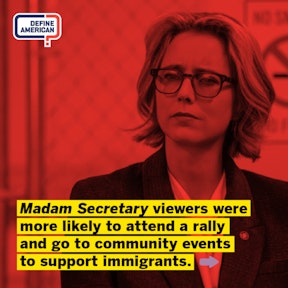 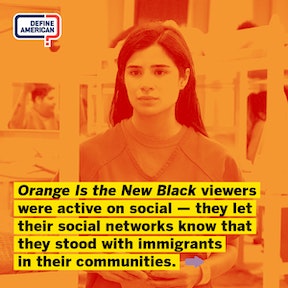 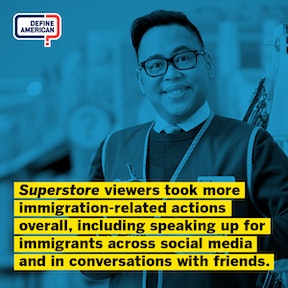 “Television and movies can expand our minds and expose us to people and experiences we may not have access to in real life.” —Erica Rosenthal, Norman Lear Center Director of Research 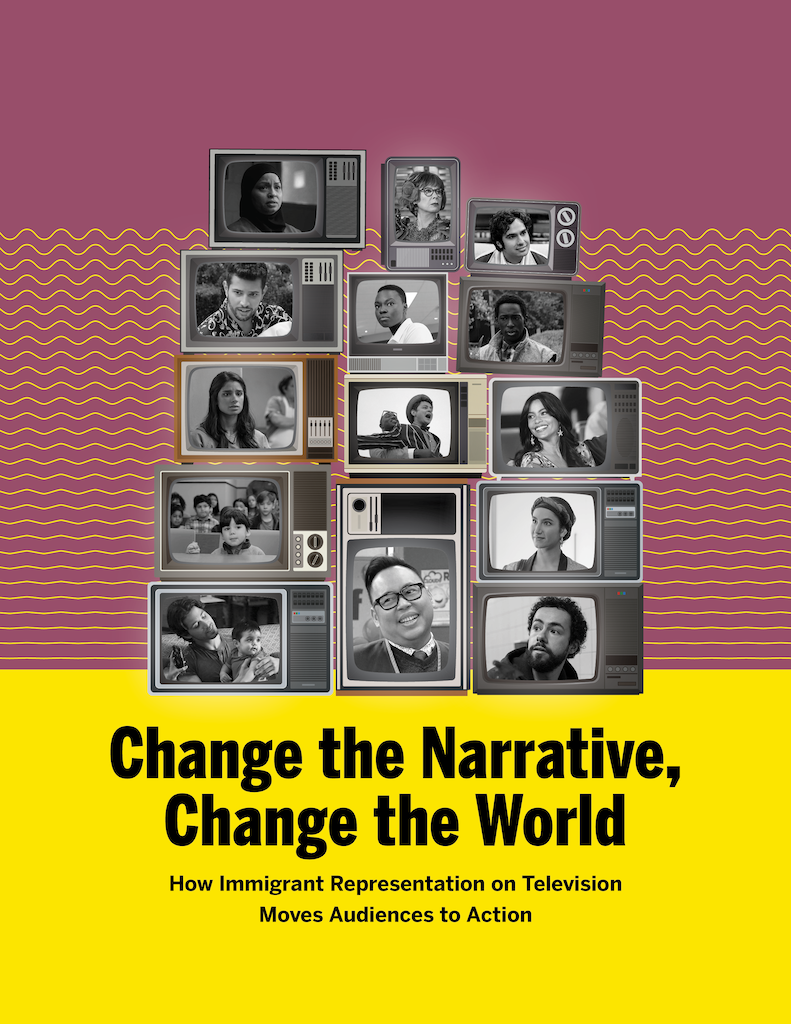 Get the one-pager
Read the full report

Our Change the Narrative, Change the World Launch presents the key findings from the report:

In 2018, we collaborated with the USC Annenberg Norman Lear Center’s Media Impact Project (MIP) for our first analysis of immigrant representation on scripted TV compared to the reality of the immigrant experience. Download a summary of the 2018 study or read the full report.

Define American’s email newsletter gives you an exclusive first look at the stories shaping our national conversation on immigration, citizenship, and race. Get invites to Define American events, find out how to be an ethical media consumer, learn about the best new creative projects that are disrupting the “master narrative,” and help us reshape our nation’s immigration narrative.