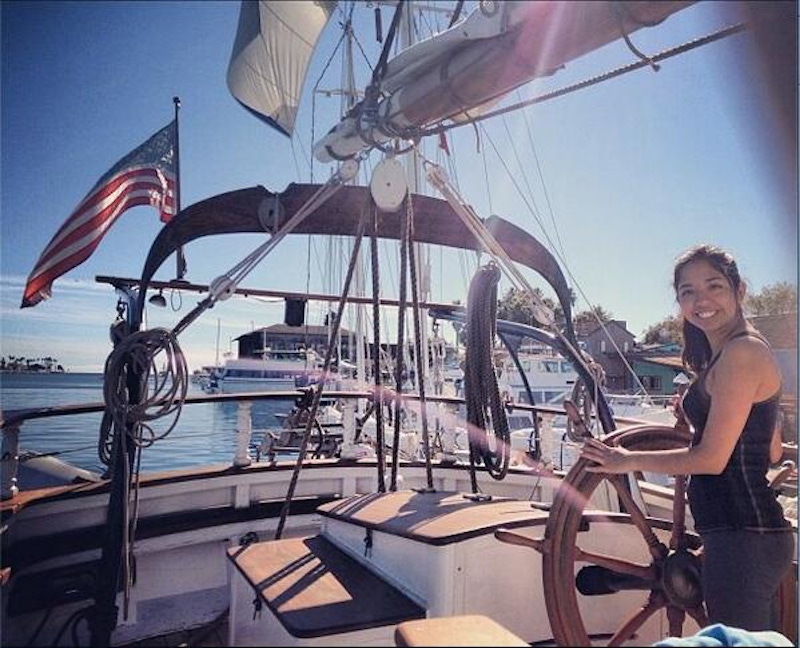 My name is Esmy Jimenez.

I was raised in a small town in Washington State known for agriculture and friendly people. I graduated from the local high school as the Senior Class President. I was in National Honor Society and enrolled in all the AP classes my school provided. I even ran on the cross country team and (attempted) to play tennis. On weekends I worked for a catering company and during summers I worked as a server for a local restaurant. Now I attend a private university in Southern California, on a full tuition, merit-based scholarship double majoring in Environmental Studies and International Relations.

If you didn’t know any better, I would be your typical, hard working girl next door. In fact, I would be called an American girl. Instead, I am a culprit. I am a ‘thing’, a ‘problem’ to be talked about as if I did not have ears or maybe even the intelligence to add to the conversation. I am a national concern. I am on the tip of all politician’s tongues. I am demonized and judged for a crime I did not commit. You see, I am one of the many young adults who were brought here as children. I, Esmy, am an undocumented immigrant.

When I was one year old, my mother brought us to the United States, fleeing an abusive husband and the constant, crushing poverty. I enrolled in school as soon as I could and I learned English. If you heard me speak, no accent would betray me. I pledged allegiance to our flag. I proudly learned U.S. history and I was always at the football games at both my high school and now in college. I love bacon and will even admit to occasionally watching Vampire Diaries.

Yet every time I encountered the topic of immigration, I felt the air thicken. People would tense up and voices would become mumbling, awkward pauses. I heard phrases like “tighter border security” and “illegal aliens” and “back of the line.” I learned that I did not, as a human being, belong to this nation. That twisted sentiment was always a painful one to come to terms with. That I was unwanted. That my existence was ‘illegal.’ That I ruined the economy and stole jobs and abused welfare and would eventually become an unemployed mother of a dozen children. That I was not and should not want more for myself because I should be thankful for what I already have.

But I realized that was a very deceptive and cruel belief created by the very people who want to ignore the glaring truth – immigrants are here to stay. They mow your neighbor’s lawn. They pick the fruit you purchase from your local store They work in agriculture like my father has for decades content with minimum wage and few benefits. They work for hotel housekeeping services like my sister has and hell they work like I did– as a simple barista at a college coffee shop.

We are here. And we deserve to at the very least, be acknowledged. I’m tired of hiding in the shadows, afraid or worse ashamed for something that I did not do and should not be punished for.

Immigration is a complicated issue and there are many factors to address but I am not one of them. I belong here. I contribute to this society. This is my country, (The only one I have ever known or remember) And I’m not waiting any more. This is not a whisper. This is not a tentative maybe. This is a cry for change I’m here I’m here and I’m not leaving. So please next time you address me, don’t call me a dreamer. I am simply your fellow American.