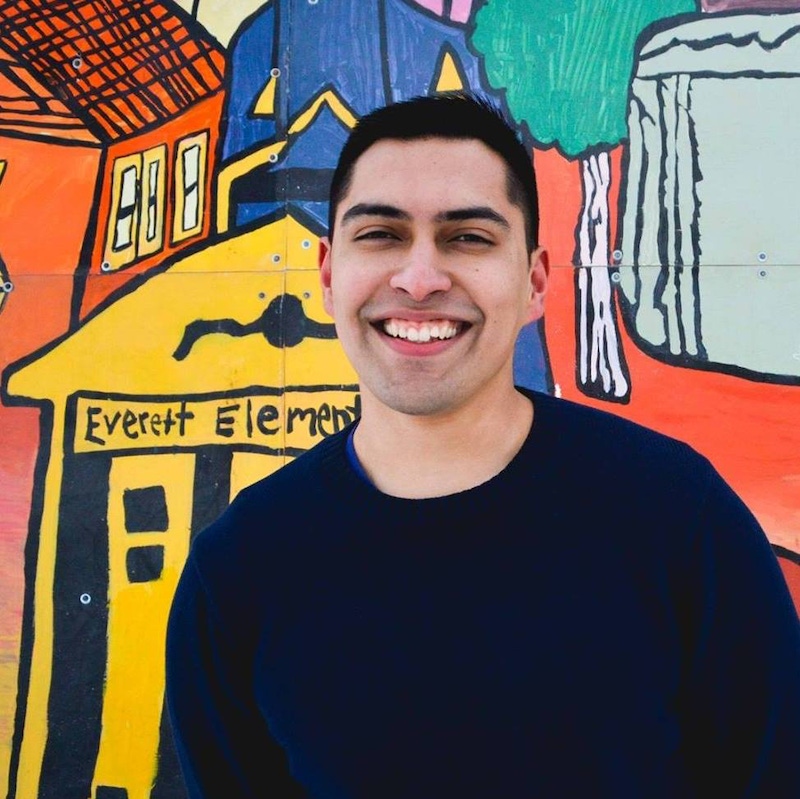 My family is from Mexico, My dad and I were born in Mexico City and my mom is from Ensenada in Baja California. My parents are professors here in Nebraska. My mom teaches at the University of Nebraska at Lincoln and my dad teaches at Creighton University. We came to the United States for them to get their graduate degrees. They used to be journalists in Ciudad Juarez. Then we moved to New Mexico for their education and then Illinois for the same reasons. We ended up here because both of my parents could get jobs.

I was five when I came to the United States, but I do go back to Mexico quite frequently. I try to stay connected through social media and go back for holidays and weddings. I really like having family in Mexico and being able to experience that part of my heritage as well. Coming over so young did affect me, but I don’t think I had the typical immigrant experience. We lived in graduate student housing so I was surrounded by other immigrant families. I value that time in my life because I was exposed to not only American culture but the cultures of my fellow immigrants. There was a diverse range of places that my peers were immigrating from, some of them were from Africa, the Middle East, and Asian. This made it so I got to learn about the connections that people have as new Americans and it taught me that America isn’t the only place in the world or focus of the world.

I think that being an immigrant taught me to value things that the United States has to offer, things like our civic rights and the fact that we live in a place where the water is clean and it works, and we also have a police system that works. I think sometimes people take these things for granted because it is what they have always known, but the truth is that these are not guaranteed in other parts of the world. I think that knowing this and keeping it in mind has been really impactful for me and has made me want to preserve those things about the United States that I love.

I think that when I really started to feel like an American was just two or so years ago when I got my citizenship, not really because of the piece of paper that I got but more because of the reactions people gave me when I told them about obtaining my citizenship. People were excited for me and it felt like a big celebration I could share with others. It made me feel like I was part of something bigger than just me. When I define American I think it is anyone who is willing to work, provide, and connect their experiences with others. There is no concrete example of what an American should be, it is just people who come from different backgrounds and have had different experiences. An American is someone who is open-minded, collaborative, willing to meet their neighbors and to share their experiences.