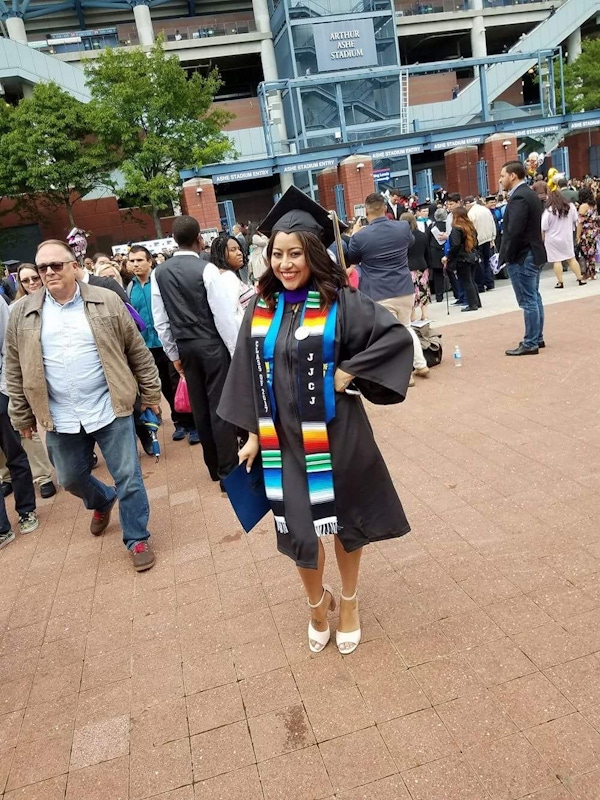 🎓👸🏻This one is for that one professor at #UCC, a Sargent at the NJ police department, who told me I had chosen the wrong career… I quit then Because his words played with the mind of a young girl who did not know any better, nor did she know much about the criminal justice system in the country 😔…! According to him being an #illegal #immigrant gave me zero chances of landing a job within the criminal justice system. He told me that my dreams of working for the DEA were surreal because I needed to not only have a green card but also be a U.S citizen. He might have ended my hopes of getting a degree back then but his words didn’t kill the rebel in me… the woman who doesn’t like to give up, who likes to do the things that people say that she #CANNOT do, the girl that knows that #persistence is the key 🔑 to #success, the woman that #does not #settle…. That inner #rebel was still inside and waited for a dim of light that could give her some hope. #DACA was that dim of light ✨ & as soon as I received it I enrolled back in school and got a job within the criminal justice system (yeah!!!The same system he said I could never be a part of😏). Having “temporary” documents that are marked in RED letters made this journey a million times harder than what it should’ve been. The temporary status did not allow me to apply for financial aid, nor was I able to take the opportunity that I was offered to take a (almost free) class abroad… I’m no where near where I want to be, nor do I think this is the end of my education, but one thing I know for sure is I will continue the #fight because the rebel that’s withing me will not settle! 💪🏼 #Moral of the study ?? Don’t let NO one tell you that you can’t do what your heart desires, don’t let NO one make you feel inferior, don’t let NO one make fun of your broken English, don’t let NO one hold you back from achieving what you want in life, but most important of all, ALWAYS strive for more and never settle! 🇲🇽 When One of us (Illegal immigrants) make it, we ALL make it! #itsOURachievement #Sisepuede #Undocumented #Unafraid #DACAmened #Immigrad #Heretostay #Jobstealer #Latinxgradcaps #Dreamer 🇲🇽 #JJCGrad