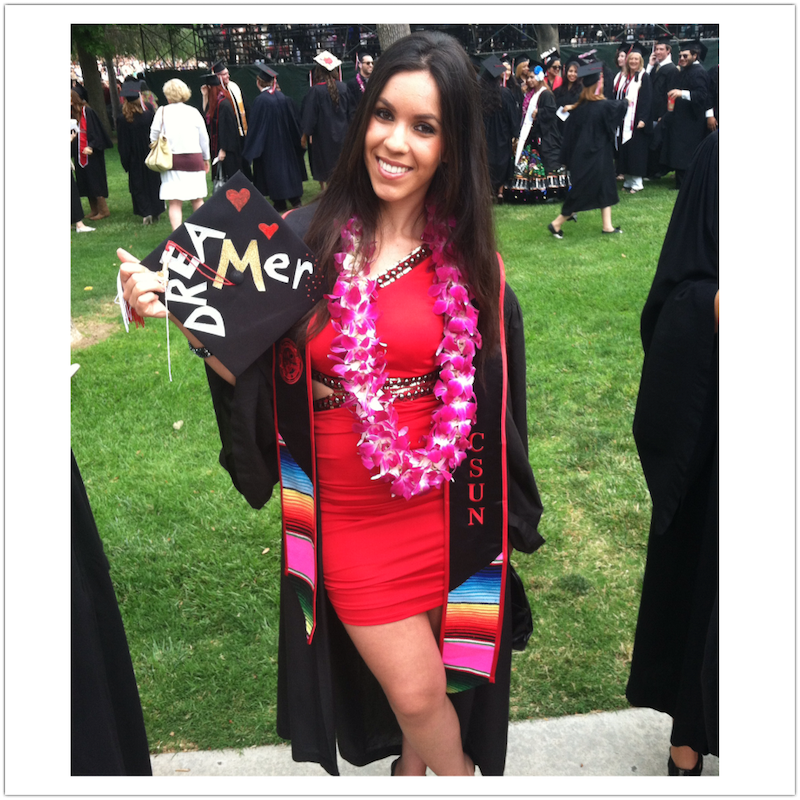 My name is Maribel Serrano and I graduated from California State University, Northridge with a Bachelor of Arts degree in Broadcast Journalism in 2013. I was the first in my family to attend a university and chose journalism as my focus because I have been living an experience that needed to be shared with the country that raised me. For this same reason, I began sharing my story as an undocumented student with media outlets and elected officials, locally and in Washington D.C. This is what brought me to create the documentary Mi Vida DACA/ My DACA Life, which is in production. Documentaries are powerful forms of journalism and I have been living a reality that reflects the story of millions of people in the United States through generations. I believe that the immigrant story has long been shunned, ignored and neglected when these stories are the very essence of what created this country in the first place. These are stories that need to be understood and embraced if we are to progress in the United States and I hope that this documentary is able to contribute to a new and enlightened way of approaching the immigrant narrative.

See more of my story at: MiVidaDaca.com