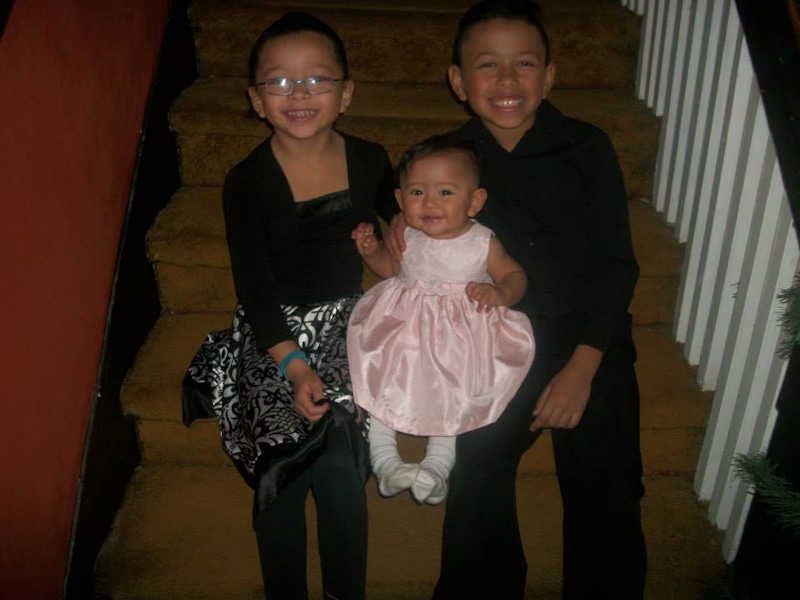 Jose, Maya, and Athena are 3 of my 13 grandchildren. On December 27, 2013, their father, who has been in the United States since he was a teenager, was “Voluntarily Removed” from our country. That is to say, he was taken by ICE against his will, without having been read Miranda Rights, without going before a judge, without due process, in the middle of the night, in shackles and handcuffs, and at gun point into a Mexican border town. Left there with several other undocumented immigrants. They were left with no money, no food, and the clothes on their backs. They were given debit cards that were supposed to contain the money they had on them at the time of their detention. To this day, my son-in-law’s card has a zero balance just like it did on December 27, 2013, just like the other undocumented immigrants’ cards. We ask ourselves to “Define American”. For Jose, Maya, and Athena, that is a very complicated concept. Their father is Mexican. That part is easy. When it comes to their mother (my daughter) things change quickly. My daughter was born in Roanoke, Virginia; I was born in Baltimore, Maryland; my mother was born in Preston County, West Virginia as was her mother; my great grandmother was born in Virginia; we don’t know where her mother was born but we do know, according to the Dawes Roles, she was a “Cherokee by Blood”, meaning that both of her parents were full blooded Cherokee. They were Native Americans, not immigrants. Some people may look at Jose, Maya, and Athena and refer to them as so-called “anchor babies”. After all, their father isn’t a US citizen, he wasn’t even here “legally”. Yet six generations ago, they were Native Americans. The questions now become: Are these children Mexican or American? If they are American, are they first generation American or are they Native American? How can we tell? They like tacos as well as PB&J sandwiches, they have ham and turkey as well as tamales and pozole for Christmas dinner. They speak English in their home and study Spanish at school. They watch American football but they play soccer. They are Christian children and sing in their church choir. They pledge allegiance to our flag and Jose wants to serve in the military following college. Prior to their father’s “removal”, he was a hard working family man. He spoke English and was enrolled in GED classes. He attended church every week with his family and served on church committees. He never missed a child’s school performance or let them miss out on a field trip. The family owns their home, are church members, active in their community, and pay taxes. Everything that is expected of an American family. Yet our government saw fit to remove the breadwinner from the family unit. The government has done it’s best to destroy this family. One thing, ICE and the powers that be were not expecting was the sheer determination of this family unit. As Native Americans, we learned the hard way, not to stand by and let injustice happen. This family has become a family of activists. We will not stand down! We will not rest! We will not give up until all families are restored and we decide what it is to be “American”.