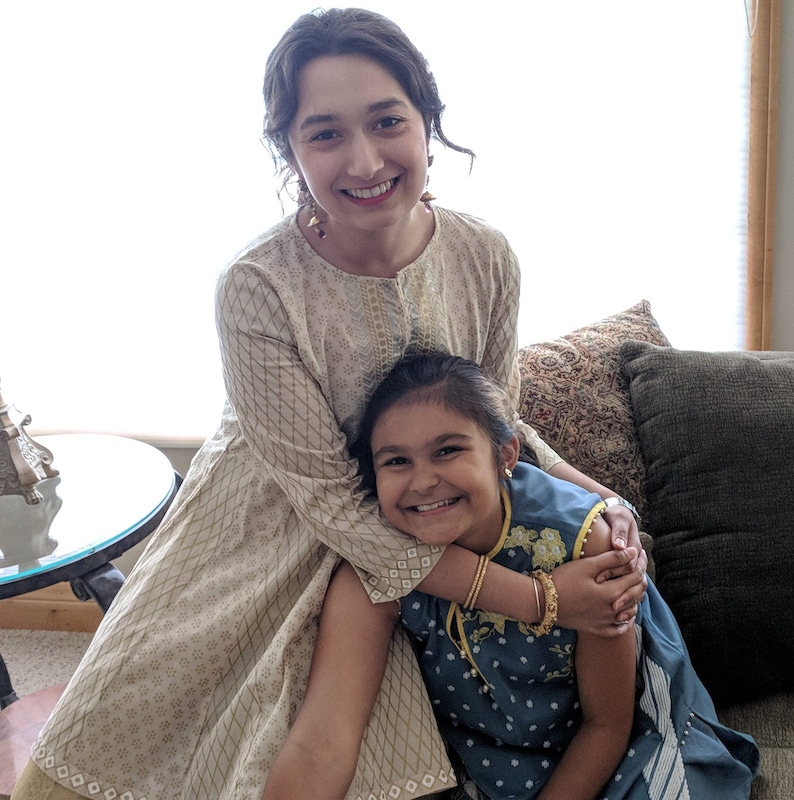 I was born in Detroit, Michigan but my family is from Pakistan. My parents moved around while they were completing their education and medical training. My dad ended up coming to Lincoln, Nebraska because of a certain visa you can get when working in an underserved community. He started working for Veterans Affairs on September 10th, 2001. At the time my mom and I were still in Michigan so my mom could continue her medical training.

As we all know there was a terrorist attack on September 11th of 2001. This made my parents process of becoming citizens take a significantly longer amount of time. This event made it hard for us to know what was going to happen next, laws were passed that completely curved what we were supposed to be able to do. The USCIS rules made it so there was a delay and we did not hear about how bad the delay really was until the last couple years.

Moving to Lincoln, Nebraska was kind of a strange experience. Michigan had a lot more Pakistani Muslims than Nebraska, so I had felt more welcomed and more part of a community in Michigan than I felt when I moved here. However, I have found my place in the community now, but it was just hard at first. There are certain things that when I look back I say to myself, “oh that happened because those kids didn’t want to understand my culture and they didn’t really understand who my family was.”

I remember a time in high school when I had a pretty good relationship with one of my science teachers. He had a therapy dog and he said that I should pet the dog. He kept reassuring me that the dog was a therapy dog and that you were supposed to interact with it. So I pet the dog and then he said: “Wait don’t Muslims go to hell if they touch dogs?” I tried to unpack the situation in which my teacher advocated for me petting the dog while thinking that petting the dog would send me to hell. I was shocked and dismayed about it. I went straight to one of the clubs I was in and the advisor at the meeting could tell something was wrong. She asked to me about it and comforted me through the situation. Having her there to tell me it was wrong weirdly enough made me feel more American. Knowing there were people like that in the world that would support and guide people through such a situation makes me proud and happy.

The way I Define American is dynamic. There are constantly going to be changes that we have to accept and embrace. America has never been a static being; it has always been changing and evolving. It is our job to be responsive, informed, and effective about how we are going to approach things together and stand together.