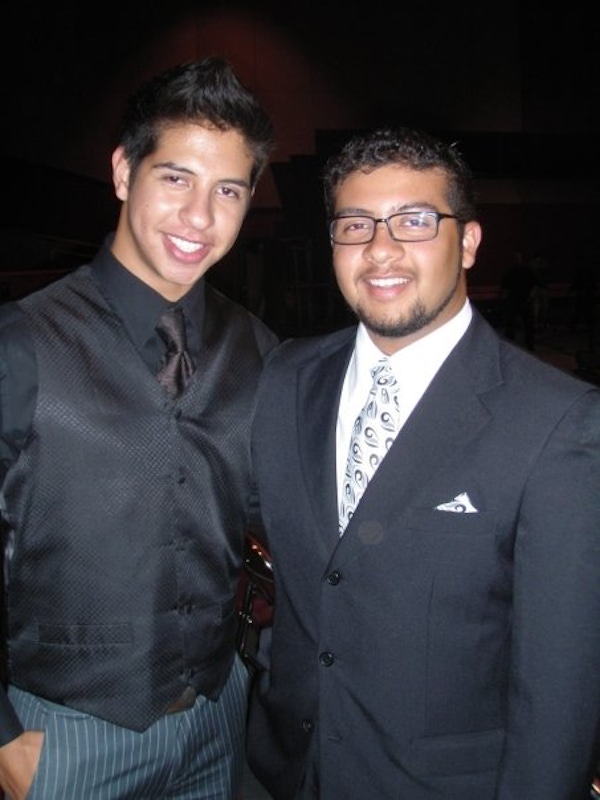 I wrote this to inform others about our story as immigrant students. This is the story of a journey to education of two Venezuelan-born brothers who aspire to finish college and begin their careers as professional individuals. Edgar Jose Castro Tello, 26, and Edgar Jesus Castro Tello, 20, both immigrated to the United States in 1999 with their parents Edgar Jose Castro Maldonado and Aleyda Walkiria Tello de Castro looking for a better life and brighter opportunities. The emigration process is never easy for any family; leaving their home country and families, sacrificing it all for a chance at a different life. Documentation for the Castro Tello family hasn’t been the smoothest system to face here in Florida, either. They constantly faced obstacles that restricted their final freedom to become Florida residents. With both boys in public school and the date for the older brother, Edgar Jose, to attend college drawing nearer, both parents rushed to get his paperwork ready but were not able to get him an in-state status as a student. After six years of residence in the state of Florida, Edgar Jose was not able to attend at an in-state price and all had to be paid out of pocket. In good conscience, Edgar Jose had worked extremely hard to get his GPA up and got involved in extra-curricular activities in Miami Coral Senior High School in order to get assistance during college. He had only known English for four years, yet he graduated at the top of his class and had the full support of his instructors. Unfortunately, without official residency status no aide could be granted to him. After finishing his Associate’s Degree in Arts at Miami-Dade College, Edgar Jose had to take a three year hiatus from education with the inability to work. His younger brother, Edgar Jesus, took the same route. He knew he had to work just as hard to see if he could receive any financial aid from an institution. Thanks to his brother, he seized the opportunities that were available to him: any extra-curricular activities, to AP classes, volunteer projects, and even dual-enrollment at Florida International University, which his brother had also done in order to get ahead. They both knew they could not accept failure in high school since they both had a lot going for them as students, the only problem was that no one could fund them. They both were part of scholarship programs that couldn’t work out, especially federally funded programs. Applications for private scholarships were submitted in order for both to be able to attend college though responses were small. They had both been nominated for the Miami Herald Silver Knight Awards during their senior years based on their community service. Meanwhile, his parents battled the long paperwork required to receive any kind status in this country. When Edgar Jose turned 21, he was considered an independent adult and could no longer be included under the family’s application for residency; they had tried to apply several times. All together, the Castro Tello family has been supporting him through his studies month by month. He currently attends Ave Maria University in Naples, FL, where he studies pre-Med Biology. This was an institution that was able to support half of his education and bypass any documentation issues. He wants to continue on to graduate school, most likely Nova Southeastern University in Davie, FL to finish his program. Edgar Jesus had to take a break and save for his first semester of community college. Entering his first semester he only takes two classes: what could be afforded. He now attends Broward College in Pembroke Pines, FL, where he studies for his Associate’s in Environmental Science as an honor student. He aspires to transfer to Florida International University to study Environmental Policy and Conservation. No matter what their grades, their activities, their social conduct, both brothers won’t be able to receive financial aid to continue school. The family is nearing monetary complications again, dealing with many more than the necessary expenses. With a debt of $11,000 in education costs, they’re afraid that without help both brothers might not be able to continue their journey: the top reason why they moved to the United States in the first place. It’s been more than 11 years since their family entered this country and as a result of the delays on their immigration documents, they still have a status that doesn’t allow them to use their full potential and dive into dream careers. They feel American, even if they don’t have a paper to tell them so. They are passionate about this country and are thankful for the opportunities they have been given.