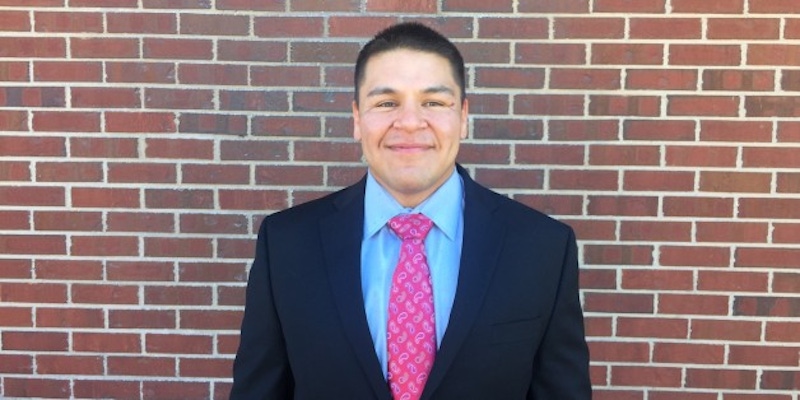 Today, on the one year anniversary of President Obama’s controversial executive action to widen the eligibility of the Deferred Action for Childhood Arrivals (DACA) program, I want to share my journey as an immigrant in America. My attorney, Matthew Rau, was all set to file my paperwork and end my 27-year struggle. Two days before Obama’s DACA expansion went into effect, a federal judge in Texas blocked yet another pathway for me to become a legal citizen in the country I love. What has followed is a year of reflection, pain and personal growth.

I never wanted to share this for fear of others’ judgement. After two-years of watching the disappointment in my clients’ eyes at my inability to obtain a job after earning an MBA from the University of Maryland, I’ve finally started telling people the real reason for my failure to move forward with my life.

In August 1987, my brother and I arrived in the U.S. on an airplane from Mexico with six-month tourist visas. My parents had arrived six months before us to get our family settled. My mother, my brother and I proceeded to live the next ten years in Montgomery County Maryland, in deep poverty. In 1997, I graduated from Quince Orchard High School, in Gaithersburg MD, with a good GPA. However, reality hit when I turned 18. I had been accepted to many excellent institutions of higher learning, but would not be able to attend any of them since I was ineligible to receive any scholarships, grants or student loans. When I tell people that I put myself through school, I literally funded both of my degrees.

My family came to this country legally, but we over-stayed our visas. When I turned 18, I joined the rest of my family in becoming an undocumented immigrant. I had a few opportunities to fix my situation through false marriages; however, morally I could not bring myself to commit fraud. I wanted to do things the right way: work hard, get an education and marry for love.

My father was physically abusive. We finally left him when I was ten-years-old, because my 15-year-old brother started standing up to my dad and my mom knew one would eventually seriously harm the other. The divorce became final in 1991, when I was 12.

Throughout our childhood, my mom tried to make my brother and me U.S. residents. She even attempted to marry a horrible man who was a U.S. citizen. He was planning on blackmailing her for the rest of her life. Luckily she did not go through with that marriage. She considered other false marriages, but thankfully couldn’t bring herself to commit fraud and break the law.

In March of 2002, my mother’s petition to get me a visa as her son was approved. My name was placed on a waiting list that was projected to last 10 years. Thirteen years later my name has only slightly moved up the list. I’m now projected to be 8 years away from receiving a visa. A grandfather clause exists to protect the adult children of U.S. citizens who have been approved for child visas; however, I missed the cut-off for that clause by three months. So I am in immigration purgatory. I am on a waiting list that never moves.

In 2012, a law called DACA passed that would have given me a work permit, but I missed the age cut-off by 2 years. I am a prime candidate for the expansion of that law. If DACA’s expansion passes, my purgatory ends. My attorney tells me that I am the unluckiest case he has ever seen. I keep missing solutions by short periods of time. Normally people like me luck into a solution or break the law in order to resolve their problem.

As I have been telling my clients about my situation, Ed Quinn Jr., Chairman of TW Perry, has offered to sponsor me. Unfortunately, after talking with my attorney, I have been advised that even the TW Perry sponsorship offer is not a realistic solution. Because of my specific situation, TW Perry could only hire me illegally. I cannot ask Ed to break the law for me, nor would TW Perry ever do that. I have to keep fighting and try to find a solution to my problem. No matter what happens, I have to fight to find a solution.

I received several good job offers after earning my Master’s degree. Unfortunately, I was ineligible to accept any of them. I’ve drained all of my resources over the past 2 years trying to find a position. In April, exhausted, I hit rock bottom and started to seriously consider suicide. The positive reactions I have received from my clients and friends have literally saved my life. Ed’s offer has given me hope. Ed did not only offer to give me a life, he saved my life.

I was afraid to tell others, because I thought they would react very negatively towards me. After seeing the positive reactions of people like Ed, I’m no longer afraid to share it. I have tried my hardest to live the best life possible and I don’t want to feel ashamed anymore of how little I’ve accomplished. It is not from a lack of effort. I just can’t find an avenue to move forward. I do want more; I just keep failing at improving my situation. Despite my failures, I must continue to fight for a solution

I am sharing my secret in order to give Americans a face to place with the label “illegal immigrant.” You never hear our stories because we live in fear of getting thrown out of our homes. We are not numbers or aliens. We are your friends and your neighbors. We also help drive the economy, enrich the American culture, and build foundations in our nation’s youth.