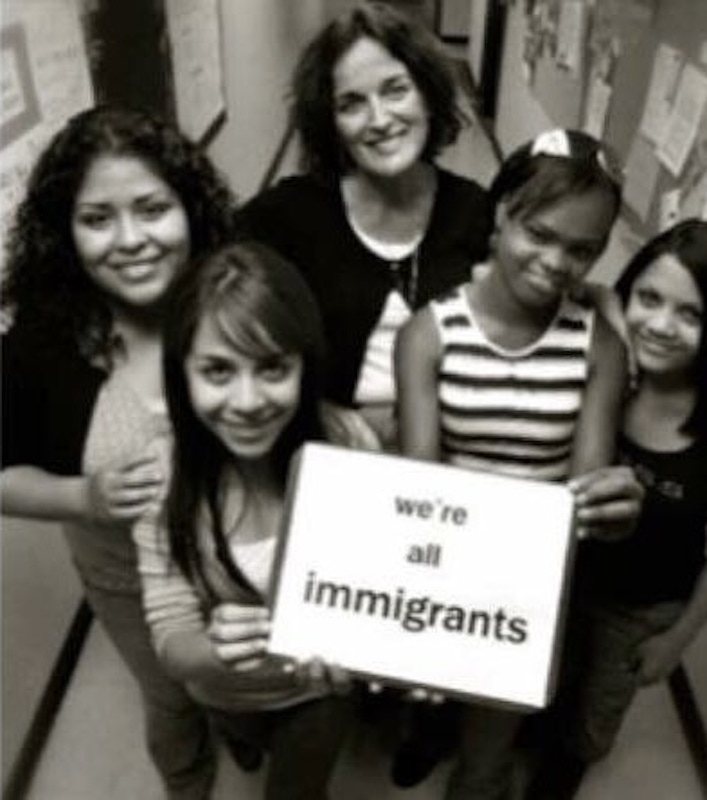 Not too long ago, I asked our daughter, “What do you want to be when you grow up?” Without missing a beat, she said, “Happy.” She’s off to a great start – born in America to legal residents, she has health insurance, a little savings account, a passport. She has a City of Phoenix library card. In several years, she’ ll have a driver’s license; soon after that, she’ll be able to vote. She has a Social Security number so she’ll be able to work. She is well documented. Sadly, there are other daughters and sons in this state who also want to be happy when they grow up but through no fault of their own, they lack the documentation that would make their pursuit of happiness more than just a dream. They are the children of immigrants who have become the collateral damage in this war over immigration. When hearts harden, dreams diminish and possibilities narrow for these kids. Unlike my daughter, who can join me today to openly celebrate the legacy of Dr. King, these students have no choice other than to live in the shadows, afraid of being forced to leave the country they have always called home. Anna Quindlen once said that Immigration is never about today; it is always about tomorrow – the kind of tomorrow that Dr. King talked about when he described his dream of an America with a place at the table for children of every race … and room at the inn for every needy child. The kind of tomorrow I dreamed about as a little girl in Northern Ireland where one day Catholics and Protestants would attend the same schools. Basically, Immigration is an exercise in hope, in deferred gratification, and deferred dreams. Dr. King reminded us, “disappointment is finite, but hope must remain infinite.” The immigrant children among us have little other than hope, but recently they have had to face adversity and disappointment that no child should have to face: disappointed that Proposition 300 limited their access to a college education, disappointed that the DREAM Act died in the Senate, disappointed that there are those who are willing to discard them while, at the same time, import professionals from other countries to do the very jobs these talented students are qualified to do! I marvel at the resilience of these young men and women, many of whom have taken their first steps on Arizona soil, placed their hands on their hearts every day to pledge allegiance to the flag of the only country they’ve ever known, and with dedication and gratitude have risen to the educational and social challenges they have faced. This prestigious award belongs to these undocumented dreamers and their undaunted immigrant spirit. In closing, I thank the Arizona Dr. Martin Luther King Jr. Celebration Committee for this beautiful morning, and from the bottom of my heart I thank the Phoenix Human Relations Commission and the city of Phoenix Equal Opportunity Department for their courage in presenting this award which hope is the first step in breaking the silence about these children, these future lawyers, engineers, teachers, doctors. They are here. They are here. We need to listen to their dreams and we need to act to make those dreams a reality. Yvonne Watterson January 18, 2008